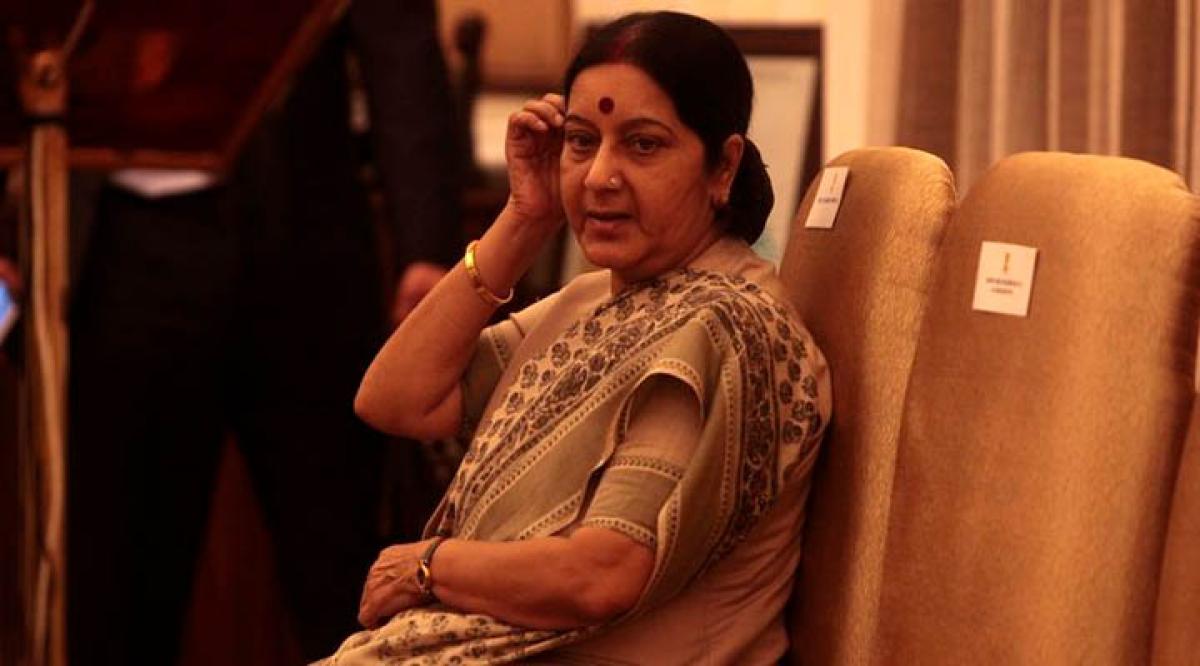 Defence experts on Wednesday ruled out possibilities of any dramatic outcome from External Affairs Minister Sushma Swaraj\'s visit to Pakistan, adding that key issues like terror and 26/11 would be raised in during her maiden visit.

Defence experts on Wednesday ruled out possibilities of any dramatic outcome from External Affairs Minister Sushma Swaraj's visit to Pakistan, adding that key issues like terror and 26/11 would be raised in during her maiden visit.

"I think everything which has an essence between India and Pakistan is likely to be taken up between the meeting of Sushma Swaraj and her Pakistani counterpart, however much should not be expected out of this," defence expert P. K Sehgal told ANI.
"Key issues would be taken up and hopefully some forward movements may take place, but nothing much of essence is expected out of one meeting," he added.
Sehgal also said that India would like to get the Pakistani Army on board because their National Security Advisor Naseer Janjua, who interacted with his Indian counterpart Ajit Doval in Bangkok, is a military officer duly appointed by the ISI and the Pakistani Army.
"For the first time, the Pakistani Army itself is on the board with India, which gives us an amazing opportunity to force the Pakistani Army indirectly to agree to curtail anti-Indian activities on the borders," he added.
Meanwhile, defence analyst Qamar Agha pointed out that it was a very positive development that the Foreign Minister was visiting Pakistan adding that this meet might be the stepping stone of future dialogues.
"She (Sushma) would be meeting Prime Minister of Pakistan Nawaz Sharif as well and would also have talks with Sartaj Aziz. At least some issues would be discussed and they might set the agenda for future talks, nothing concrete would come out in these talks," Agha told ANI.
"India would reiterate its stand that terror and talks can't go together. It would raise the issue of perpetrators involved in 26/11 and their handing over to India. The meeting would kick start a new dialogue between both the countries," he added.
External Affairs Minister Swaraj will travel to Islamabad on Tuesday to attend an Afghanistan conference, and meet Pakistan Prime Minister Sharif and her counterpart Sartaj Aziz.
Show Full Article
Email ArticlePrint Article
More On