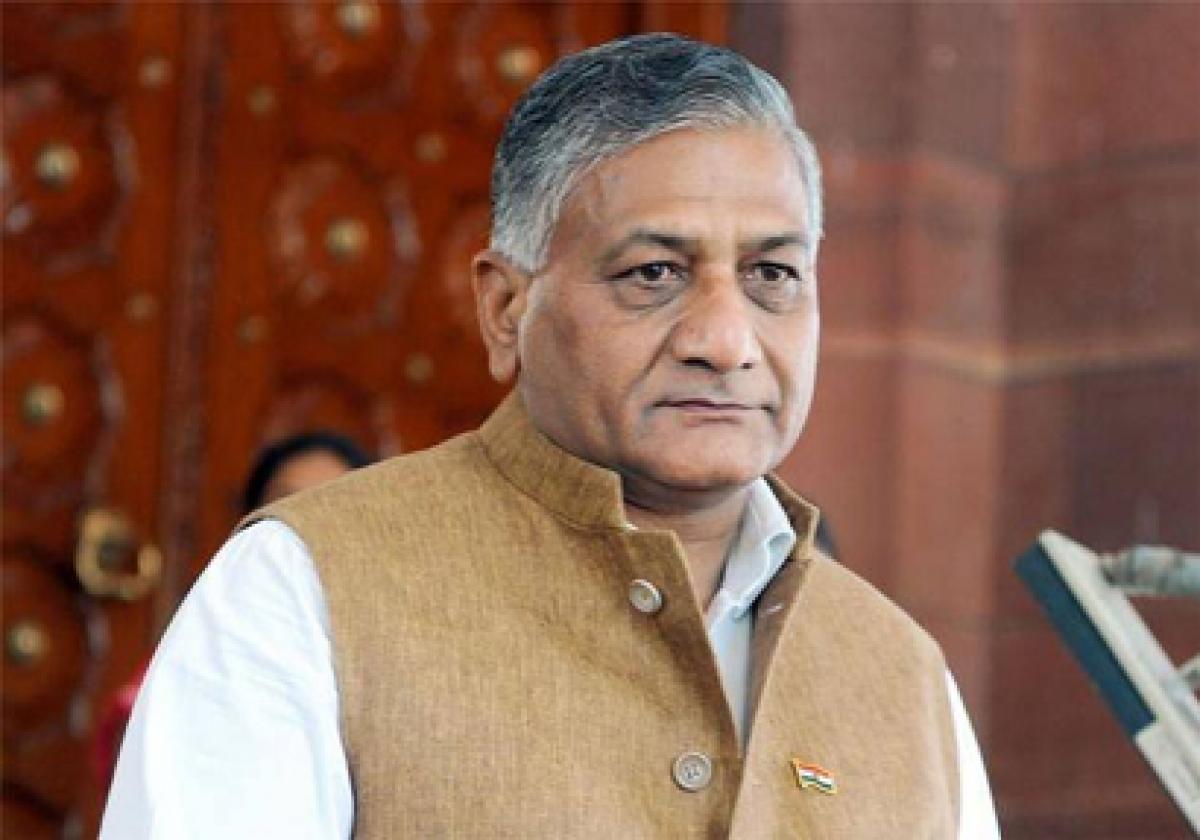 Union Minister V K Singh on Sunday termed as conspiracy the return of the awards by the writers citing intolerance saying it was planned.

Union Minister V K Singh on Sunday termed as conspiracy the return of the awards by the writers citing intolerance saying it was planned.

He also said that Karan Johar's comment at the Jaipur Literary Festival on democracy and freedom of expression was to garner publicity and remain in news, and "it should not be given weightage."

Earlier, when repeatedly asked about his comment on Johar's remark, he reportedly admonished media to go and beat up Johar instead of chasing him for answer.

"It all was planned as all those, who returned honours, had got them during UPA rule," he argued when asked about 'award wapsi'.

Speaking about Indo-Pak relations, he said, "on-going phase of dialogue in order to resolve the bilateral issues should not be affected by the incidents like Pathankot."

Describing difference in army and politics, Singh retorted that in army, when you are on front, you know your enemy but in politics, you do not know that who your enemy was.

"In this way, politics is difficult", he said, adding politics will improve with time.