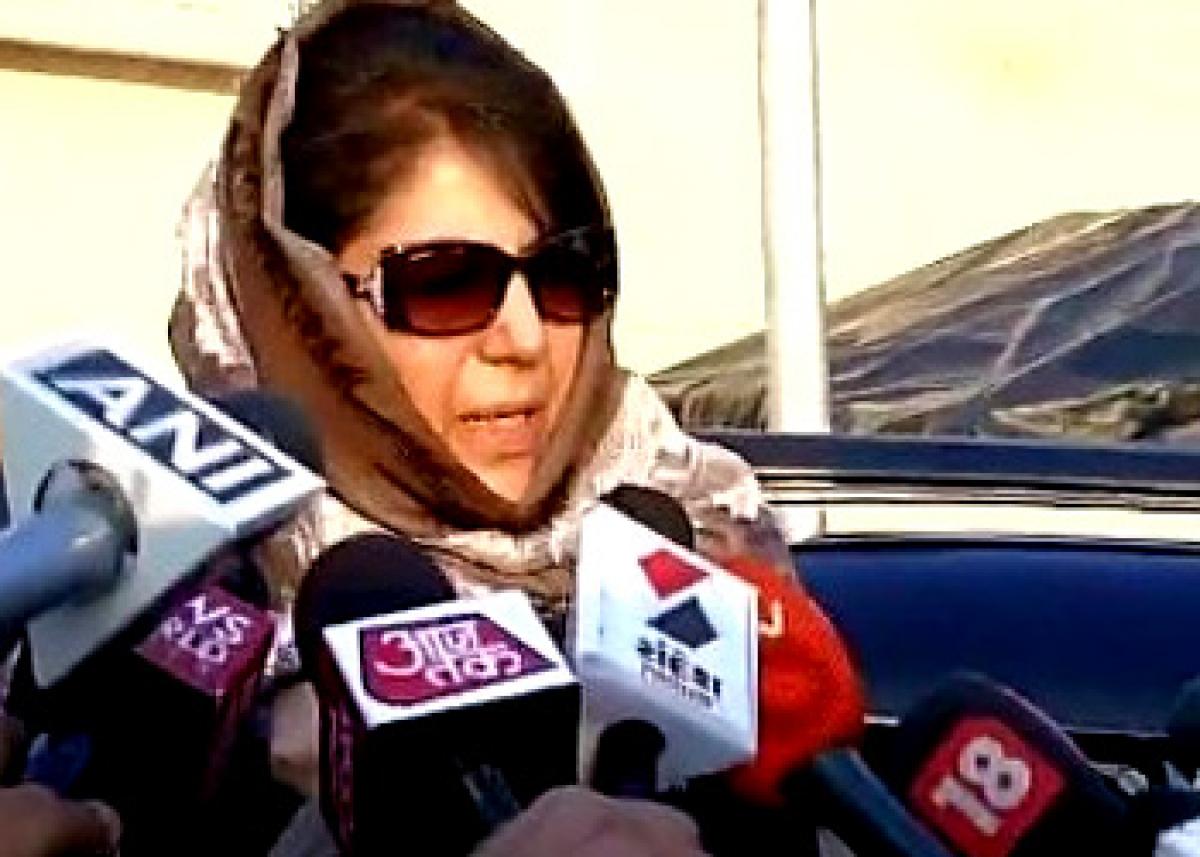 Jammu : People's Democratic Party (PDP) chief Mehbooba Mufti, who met Jammu and Kashmir Governor NN Vohra to discuss the government in the state, on Tuesday, said that Centre should initiate some confidence building measures which will create a good environment for the new government.

Asserting that former Jammu and Kashmir chief minister Mufti Mohammed Sayeed's commitment and conviction for the alliance were 'sacred', Mehbooba said that she lacks vision and goodwill that her father had.

"He had some vision for development and betterment of the state. Now that the new government is being formed there needs to be some measures, not only from the BJP but also from Centre, which should create a good environment in Jammu and Kashmir. The new government should get some space. This is what I have discussed with the governor," she told reporters here.

She said that her father had risen above electoral politics and personal interests to form an alliance with the BJP.

"In the last ten months there were lot of difficulties, because both the parties are of different ideologies. Now that a new needs to be formed, there needs to be suitable environment for that. Mufti sahebs commitment and conviction is sacred for me, but at the same time, i do not have the goodwill which Mufti Saheb had," she added.

Earlier, former deputy chief minister and BJP leader Nirmal Singh had said that his party wanted the vision of Prime Minister Narendra Modi and Mufti Sayeed to continue for Jammu and Kashmir.

The chief minister's seat has been lying vacant for the last three weeks since the death of Mufti Mohammad Sayeed on January 7.

The PDP had earlier indicated that it might consider opting out of the alliance with the Bharatiya Janata Party if the bipartisan agenda decided upon fell short of expectations in letter and spirit.

The stalemate over government formation continues for the past over three weeks after the demise of PDP patron and former chief minister Mufti Mohammad Sayeed. The process has entered the crucial and decisive phase after Jammu and Kashmir Governor N N Vohra asked both the BJP and PDP to clear their stand on the government formation by today.