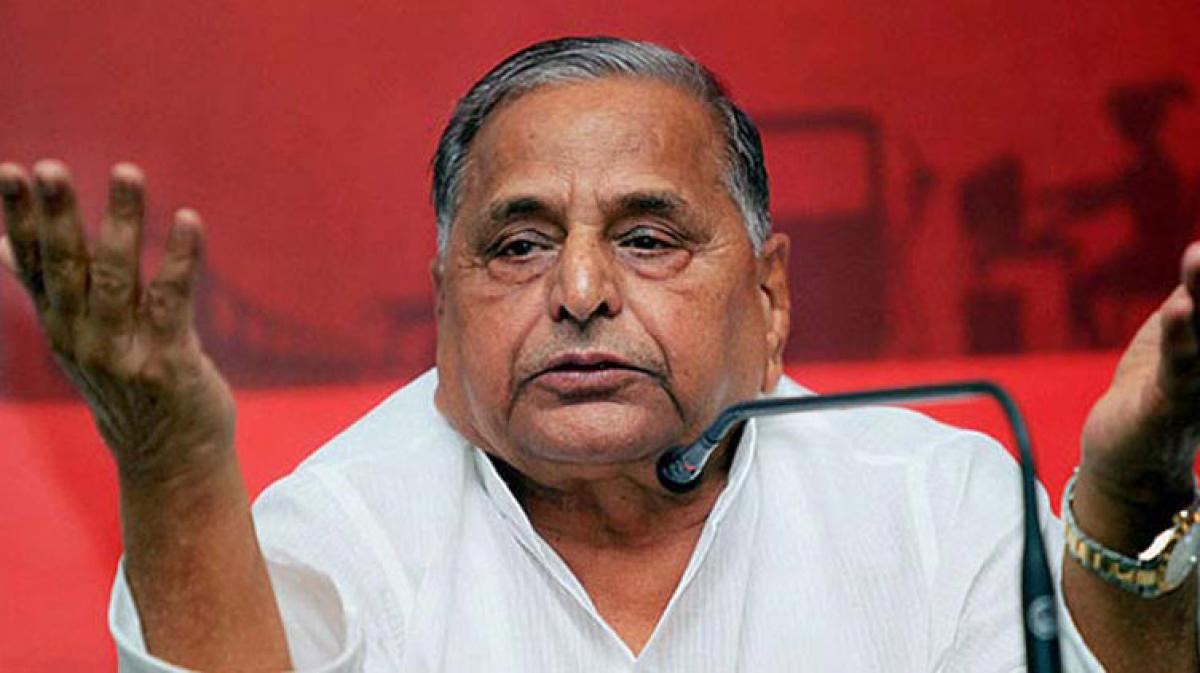 Amid the ongoing power tussle in the ruling family of Uttar Pradesh, Samajawdi Party patriarch Mulayam Singh Yadav today asserted that there was no dispute in the party.

Lucknow: Amid the ongoing power tussle in the ruling family of Uttar Pradesh, Samajawdi Party patriarch Mulayam Singh Yadav today asserted that there was "no dispute" in the party.

Mulayam along with Shivpal Yadav this morning met party workers at the SP headquarters here. When asked about the ongoing tussle within the family and party, Mulayam said, "hamari party me koi vivad nahi hai" (There is no dispute in our party).

He later along with Shivpal left for New Delhi, where he is likely to visit Election Commission for staking claim on the partys cycle symbol.

The Mulayam camp is likely to submit its set of affidavits tomorrow, the deadline set by the EC for both the sides to submit documents before it decides on which side to be allotted the cycle symbol after the split in SP was formalised on January 3.

Yesterday, the Akhilesh faction submitted to the EC affidavits which it claimed to have signatures of "90 per cent" of legislators and delegates, including over 200 of the 229 MLAs.

On reports that Mulayam got his room locked at the party office and put up his and Shivpals name plates, SP state chief (Akhilesh faction) Naresh Uttam said, "their name plates were never removed".

To another question, he said," Akhileshji is our national president and we will contest polls under him. He was made president at national convention."