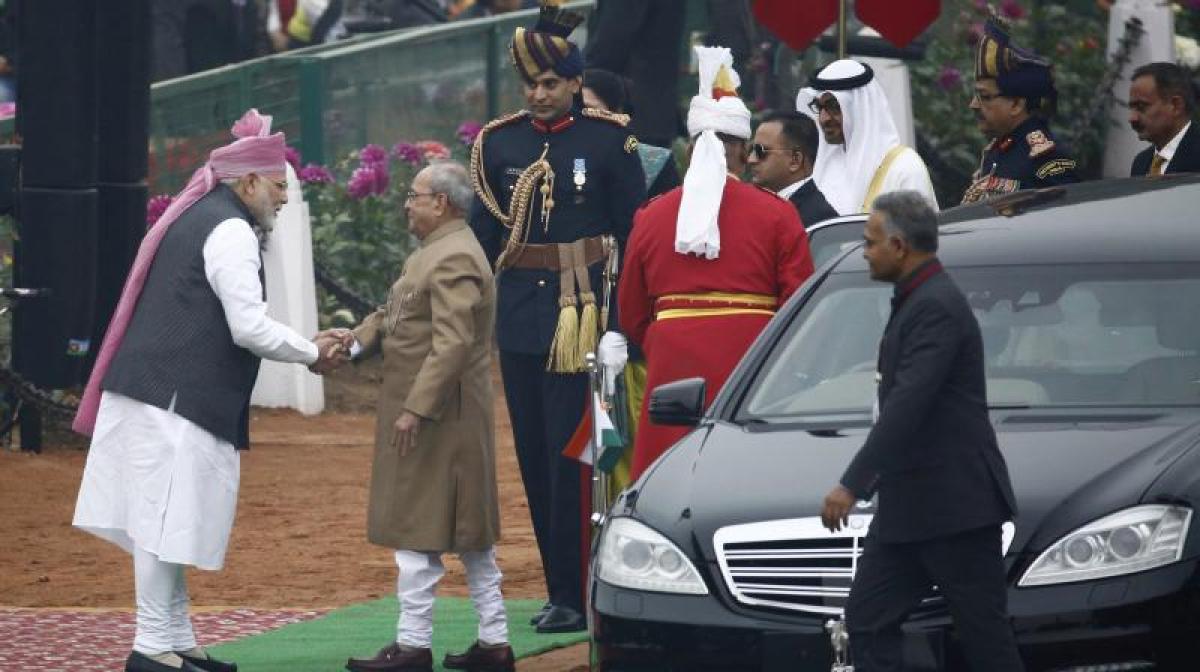 Al Nahyan, who was the Chief Guest at the 68th Republic Day celebrations, watched the impressive parade at the majestic Rajpath along with Prime Minister Narendra Modi besides the country's top political and military brass.

Last year, French President Francois Hollande was the Chief Guest of the parade while in 2015, US President Barack Obama, who demitted office last week, had graced the occasion.

In 2014, Japanese Prime Minister Shinzo Abe was the Chief Guest at the celebrations while Bhutan king Jigme Khesar Namgyel Wangchuck attended the parade in 2013.

The heads of state and government who have attended the Republic Day celebrations include Nicolas Sarkozy, Vladimir Putin, Nelson Mandela, John Major, Mohammed Khatami and Jacques Chirac among others.

The then British Prime Minister Major had attended the celebrations in 1993, Mandela participated as South African President in 1995 while South Korean President President Lee Myung Bak witnessed the parade in 2010.