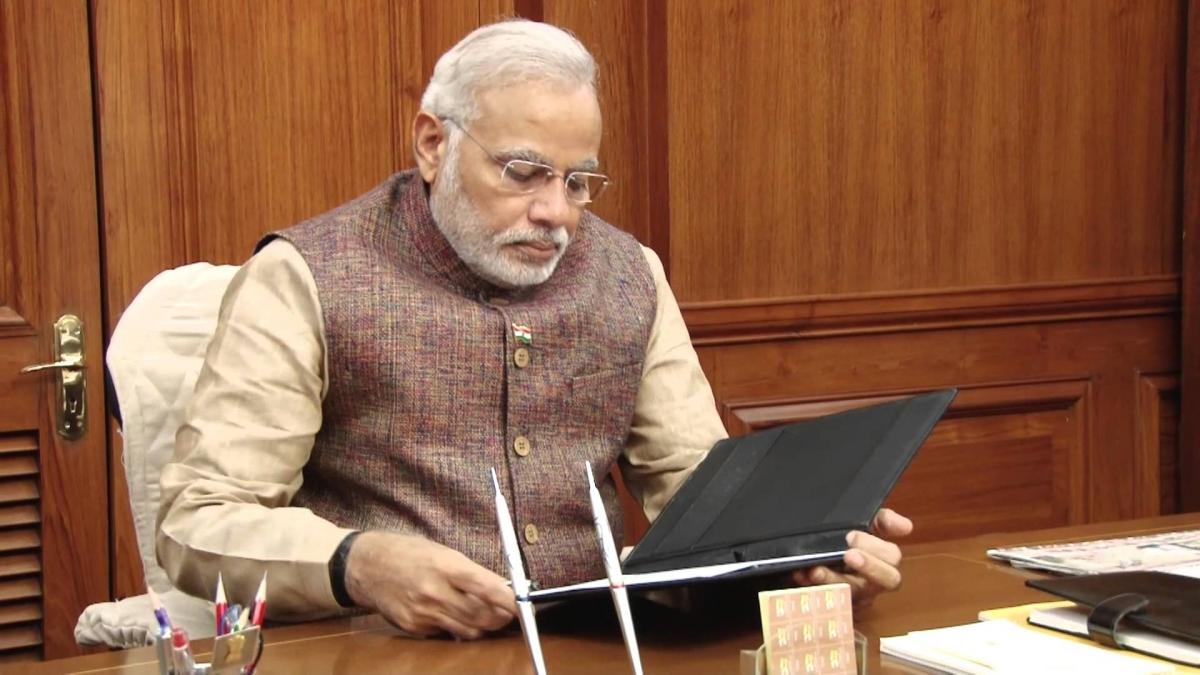 Prime Minister Narendra Modi today dared opposition parties to fight the upcoming Assembly polls on the over development ushered instead of raking up minor issues like advancement of the Union budget and election dates.

Prime Minister Narendra Modi today dared opposition parties to fight the upcoming Assembly polls on the over development ushered instead of raking up minor issues like advancement of the Union budget and election dates.

"The opposition parties are working overtime, more than the efforts put in by Finance Minister to prepare the Budget, to criticise the advancement of budget date. It is an indication that these parties have accepted defeat in the forthcoming polls," he said, addressing an election rally in Goa's capital Panaji.

"Though the union budget is going to be presented on February 1, some political parties are already making graphs to criticise the government, without even having an idea of the budgetary provisions," PM Modi said.

The PM appealed to the voters of Goa to give a comfortable majority to the BJP in the election for "growth" and stability of the state, which had suffered due to instability in the past.

Goa is going to polls on February 4.

PM Modi also made a reference to the objection raised for holding elections in Punjab and Goa on the same day.

"A political party (referring to AAP) even went ahead and alleged that PMO pressurised the Election Commission for holding elections on the same day for these two states. The system has to be respected and strengthened. But some people take pride in devaluing it," said the Prime Minister.
Ads by ZINC
While appealing to the voters to give comfortable majority to BJP, PM Modi said, "My government in New Delhi has given more to Goa in last 25 months than what the state received from the Centre in last 50 years. There have been some facilities provided such as visa on arrival and Goa is major beneficiary of such facilities."

"With minimum investment, tourism sector can prosper. Tourism also helps a cross-section of the society by creation of jobs. My government will work with the state government -- shoulder to shoulder for the betterment of Goa," he said. PM Modi said BJP will create the best infrastructure in Goa for the tourists as well as locals

Blaming the previous UPA government at the centre, he said "In the 10-year rule (of UPA government) there were no funds for Goa for construction of even a bridge."

"More than development of the state, some political parties get pleasure in hurting others," he said.

"People of the country are wise; hence Congress is being defeated everywhere. People of Goa are wiser; hence they should vote for BJP and give a comfortable mandate," he said.