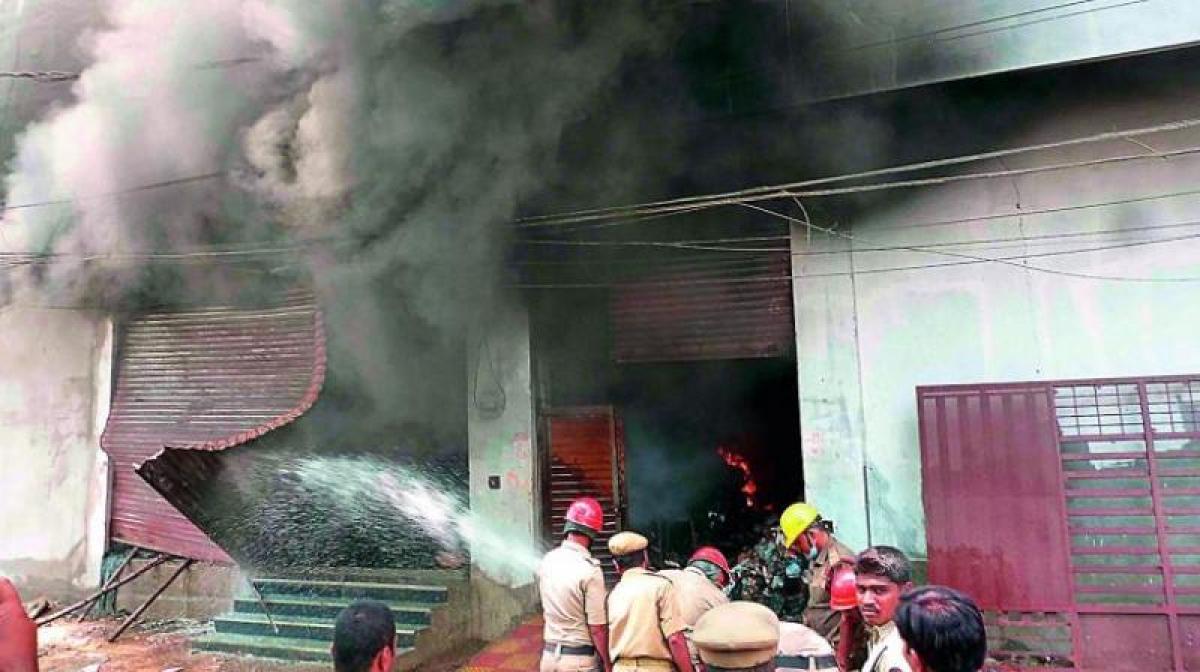 The incident comes close on the heels of some slaughter houses being sealed in Uttar Pradesh after the BJP government led by Yogi Adityanath was sworn in.

Police said the arson incident took place in Manyawar Kanshiram Colony last night. The shop owners said all their stock was charred in the fire.

The BJP had announced in its manifesto that it would take "stern steps to close down all illegal slaughterhouses besides banning mechanised slaughterhouses" if it comes to power.

Yesterday, a slaughterhouse, which was allegedly being run illegally, was sealed by the district authorities in Kamalgadaha locality.

Officials claimed, that the slaughterhouse had been shutdown in 2012, but it continued to operate in a clandestine manner.

The Ghaziabad Police had yesterday sealed 10 meat shops and four slaughter houses which were allegedly running illegally in the city.