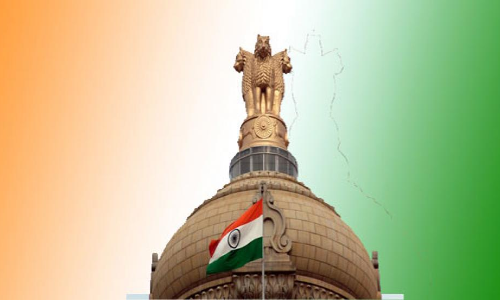 If we carefully look at Indian politics from the premise of opportunistic and true pathogens, we can understand that many politicians in the recent times have started to exhibit their opportunistic or true pathogenic traits but the only difference is that they do not infect the people from the medical point of view but they do infect the nation as a whole from cow vigilantism and cow urine promotion to suddenly claiming their Hindu identity and Siva bhakti.

During election season, these leaders loudly announce their bhakthi for the particular god – siva and become opportunistic Hindu leader, otherwise they would self attest as secular leader; born exclusively to protect the secular structure of India and then would play minority appeasement politics.

The question is whether the leader who openly admits his Hindu origin and he affirms his respects and values for the Hindu tradition is trustable or the one who claims to be the brigade of secularism and under goes spontaneous mutation during election season and become an opportunistic Hindu is more trustable?

Opportunistic pathogens are as dangerous as true pathogens but the only difference is that they would infect mostly the immune compromised person. It means they would exploit the weakest and gullible people in the society.

It is so unfortunate that most of the Indians who stay neutral are finding their position in Indian politics between devil and Dead Sea. On the one side, the obligate Hindu politicians are pushing cow urine and other allied products of the faith system as wonder drugs and on the other side, the opportunistic Hindu does nothing but visits temples after temples and simply notifies own Hindu identity and Siva bhakti.

The average Indian is left with Hobson’s choice; either he must accept cow urine and Panchagavya as wonder drugs or must accept the opportunistic Hindu, a traditional Siva bhakta.

The big question is whether some one clearly declares their identity affront and their Hindu belief system is less harmful or in other words, trustable than the opportunistic Hindu, because such opportunistic Hindu may not be hones & credible because of the surname – opportunistic itself tells the truth.

Opportunistic pathogens are less virulent and are reasonably adapted for all the three modes of survival such as saprophyte, commensal and parasite. Depending upon the situation they change their survivalist tactic.

India need true leaders and not opportunistic leaders. But the question is whether the true leader is going to give importance to own truths and belief systems or will respect rationality and take the country forward with scientific values and temperament.

Our society is so sensitive and quick and when Modiji started to slip from his development agenda may be due to the compulsion from Hindu nationalists, people of India, especially the youths have started to show their dislikes for Modiji.

Hope Modiji will respect the opinions of people and would scrap all irrational reform initiatives of the government like bridge course, inclusion of Vedas and Upanishads in engineering curriculum etc.,

The best way to attenuate the virulence of the true pathogens in politics is to minimize their power or maximize the immunity of the nation.