Rupee suffers 43-paise knock to end at life-time low of 69.05 against dollar 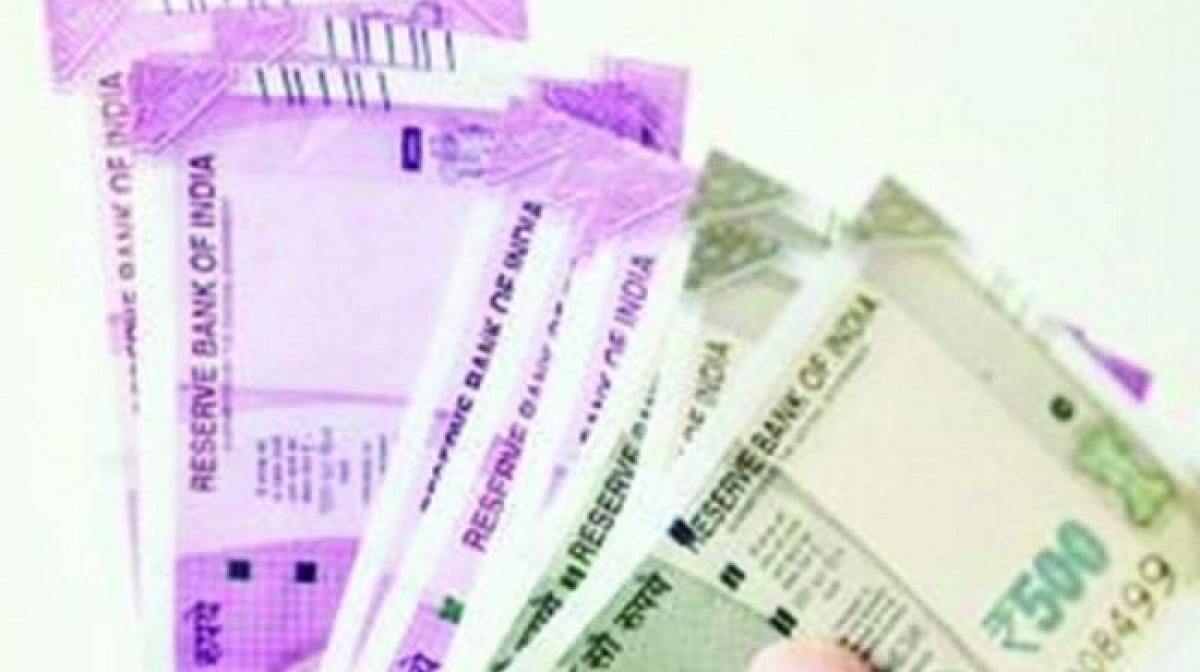 This is the biggest single-day fall since May 29 and goes hand in hand with a stronger US dollar.

Mumbai: The rupee on Thursday took a hard 43-paise knock to close below the 69 level for the first time at a historic low of 69.05 against the US currency as upbeat comments on the US economy by the Federal Reserve chairman drove the greenback to one-year high levels higher against global currencies.

This is the biggest single-day fall since May 29 and goes hand in hand with a stronger US dollar.

The domestic currency suffered a major setback as forex sentiment turned wobbled once again with a resurgent dollar and a slew of local issues sparking jitters among investors. The US dollar surged to fresh one-year high after the Fed chief's testimony to the US Senate on Wednesday bolstered the expectations of interest rate hikes, though gradually.

The two-year Treasury yield was near the multi-year high mark of 2.624 per cent, hitting appeal of emerging market currencies.

Also, Parliament on Friday will debate a no-confidence motion tabled by opposition parties against Prime Minister Narendra Modi's government, which weighed on forex market sentiment. Traders and speculators saw no signs of intervention by monetary authorities into the foreign exchange market to support the local currency, pushing the Indian currency down to a low of 69.07 in day trade.

The rupee had touched an all-time low intra-day low of 69.10 on June 28 but had recovered later on suspected RBI intervention. The market mood has somewhat worsened as China steps up its game against the US after the People's Bank of China devalued the Yuan once again in what many see as a move against the US.

Most Asian currencies also dropped against the dollar as concerns over a tariff war between the US and China endured, keeping investors cautious on regional trades. Extending its overnight bearish undertone, the rupee resumed substantially lower at 68.72 at the Interbank Foreign Exchange (forex) market on heavy demand for the American unit from importers and local banks. It later took a deep slide to hit a session low of 69.07 in late afternoon trade before ending at 69.05, showing a sharp fall of 43 paise, or 0.63 per cent.

The Financial Benchmarks India private limited (FBIL), meanwhile, fixed the reference rate for the dollar at 68.8331 and for the euro at 80.1153. The domestic bond market also showed volatile trading and the 10-year benchmark yield falling 4 bps to 7.79 per cent. The dollar index, which measures the greenback's value against a basket of six major currencies, was up at 95.39.