No lack of unity in Opposition, says Sonia Gandhi 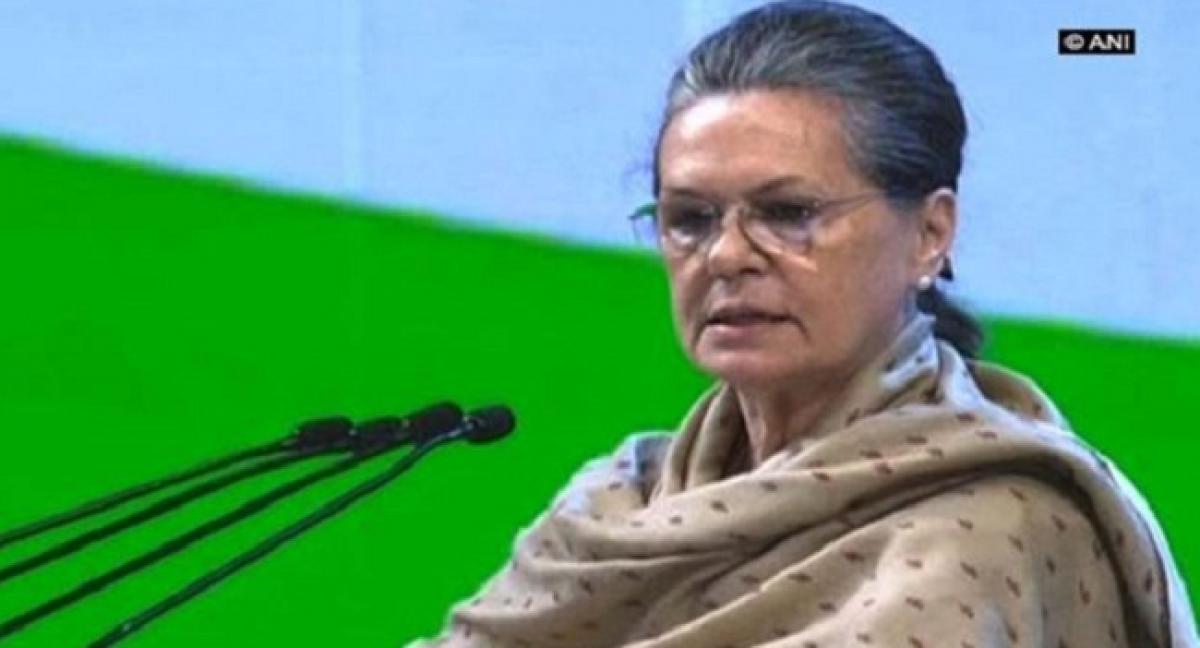 New Delhi/Patna (Bihar): United Progressive Alliance (UPA) Chairperson Sonia Gandhi on Thursday said that the defeat in the election to the Rajya Sabha Deputy Chairman post should not be perceived as lack of unity in the Opposition.

She said, "Sometimes we win and sometimes we lose." When media reporters asked whether the Opposition unity was falling apart, Gandhi said, "No...why?"

The reaction of the former Congress president came a few hours after National Democratic Alliance (NDA) candidate Harivansh Narayan Singh was announced as the new Deputy Chairman of the Rajya Sabha.

Soon after Harivansh Narayan Singh was announced as the winner, Prime Minister Narendra Modi and other members of the House walked up to him and congratulated.

The post of the Deputy Chairman has been lying vacant since June 2018 after the retirement of Congress leader PJ Kurien. At the farewell of Kurien, Rajya Sabha Chairman and Vice President M. Venkaiah Naidu had urged the ruling and opposition parties to find a suitable replacement for the post.