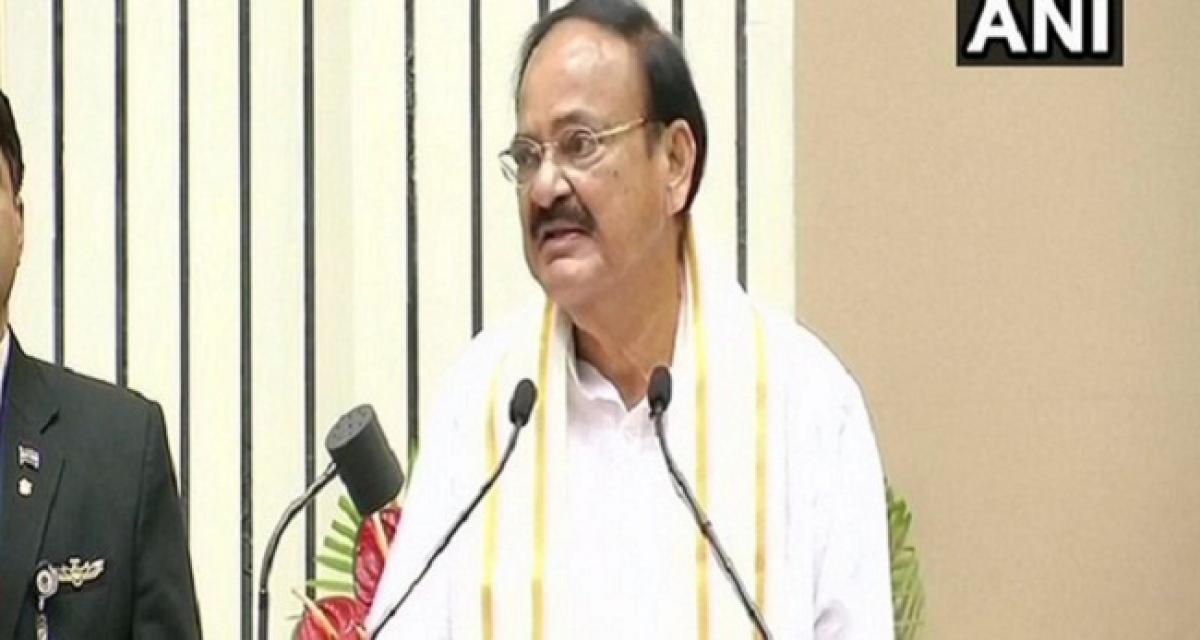 New Delhi: Vice President M. Venkaiah Naidu on Sunday called for greater support by those engaged in the agriculture sector.

"Finance Minister is here, he may not like what I am saying as he has to take care of everybody, but there has to be bias towards agriculture in coming days, otherwise people will leave agriculture as it's not remunerative," he said while expressing concern at the depleting agriculture sector. He was speaking at the launch of his new book "Moving On, Moving Forward: A Year In Office" here.

Expressing unhappiness over functioning of Parliament, Naidu urged all political parties to come together on issues of national importance. "I am little unhappy that Parliament is not functioning as it should. On all other counts, things are moving, World Bank, ADB, World Economic Forum, whatever ratings they are giving is heartening. All Indians should be proud of whatever is happening on the economic front," he said.