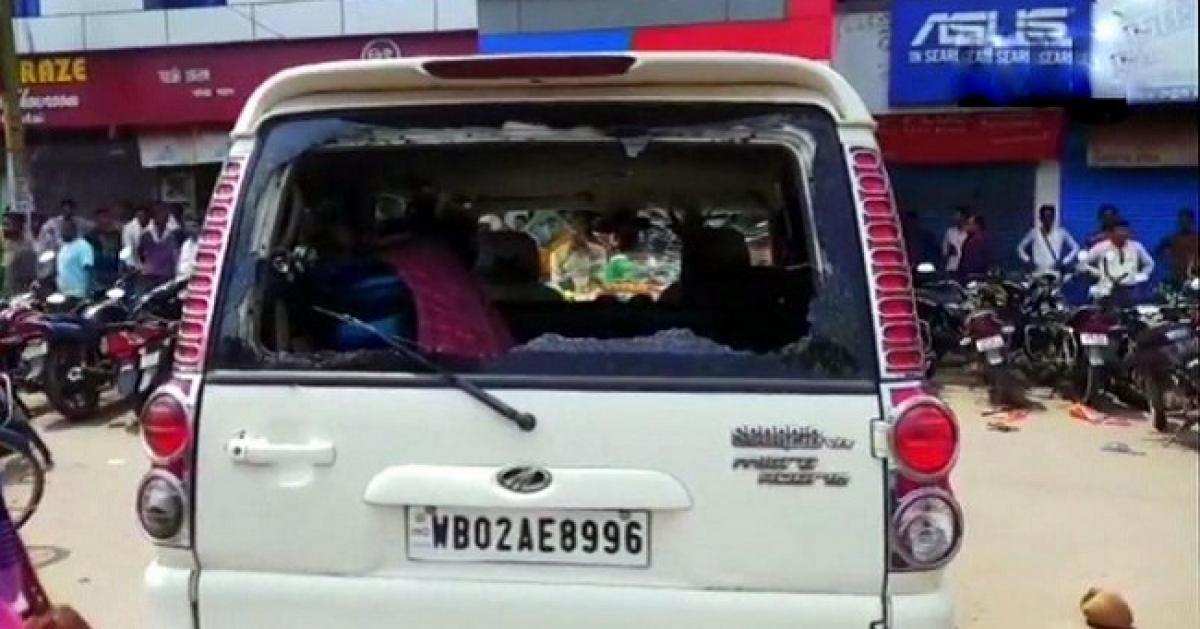 West Bengal BJP president Dilip Ghoshs car came under attack on Monday in East Midnapore district, where he arrived in the morning with a contingent of 1012 cars to attend a meeting, a police officer said

Kolkata: West Bengal BJP president Dilip Ghosh's car came under attack on Monday in East Midnapore district, where he arrived in the morning with a contingent of 10-12 cars to attend a meeting, a police officer said.

Ghosh claimed that the attack at Contai in East Midnapore was the "handiwork" of Trinamool Congress workers, a charge denied by the ruling party.

The police officer, however, said the miscreants behind the attack were yet to be identified.

"Ghosh was shown black flags while entering the venue of a party meeting near Contai central bus stand. The miscreants also broke the window panes of the state BJP president's car," the officer said.

He, however, clarified that the situation was under control and Ghosh's meet underway as per schedule. "Policemen have been deployed in huge numbers in the area and we are looking into the situation, trying to identify the miscreants," the officer added.

The BJP leader also said that he had faced similar attacks on earlier occasions. "We are prepared for it. We know they will anything to stop the BJP. This is the kind of situation we have been facing in Bengal," he said.

Ghosh alleged that local TMC MP Dibyendu Adhikari and police officers were present at the spot when his car was attacked by the miscreants. Adhikari, however, refuted the allegations and said he was nowhere near the site of the incident.

"I was passing through the area when I came to know that Ghosh was shown black flags by his own partymen. The attack was the result of the saffron party's internal fight," he claimed. The TMC has never stopped the BJP from holding any meeting anywhere in the state, the MP said.

"It was unfortunate that the BJP president made such allegations," he added.