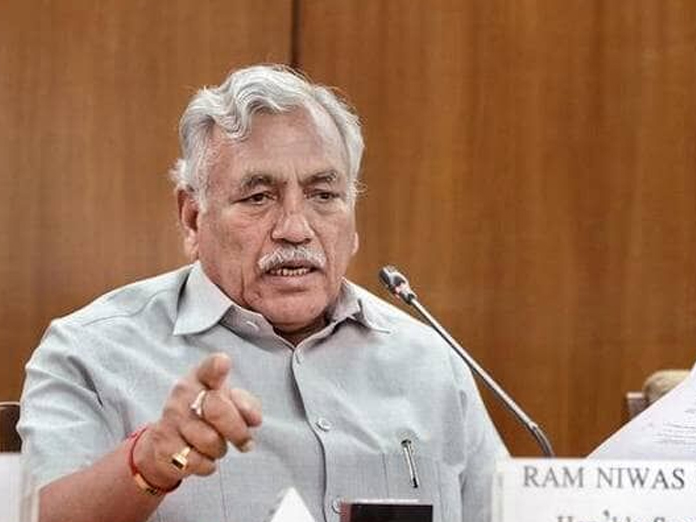 The Delhi Assembly Secretariat is examining if a petition to Lokayukta, claiming the details of assets and liabilities were not furnished by the ruling AAP MLAs invites proceedings for contempt and breach of privilege of the House

New Delhi: The Delhi Assembly Secretariat is examining if a petition to Lokayukta, claiming the details of assets and liabilities were not furnished by the ruling AAP MLAs invites proceedings for contempt and breach of privilege of the House.

Based on the petition by advocate and RTI activist Vivek Garg's complaint, the office of Loakyukta has issued notices to all the MLAs of Delhi Assembly asking them to furnish details and submit their replies till January 28.

Delhi Assembly Speaker Ram Niwas Goel said on Tuesday that the Assembly Secretariat is “examining whether baseless and unsubstantiated allegations raised by the petitioner (Garg) invite proceedings against him for contempt and breach of privileges of the House as well as its members (MLAs).”

In a letter to the Lokayukta Reva Khetrapal, the Speaker has raised several questions on the petition, urging her to file a complaint against the petitioner before a competent court.

The complaint by Garg was “politically motivated” as it targeted ruling AAP MLAs only, Goel alleged at a press conference. He said that the petition not signed by Garg was not only entertained by the office of the Lokayukta but also notices were issued on the basis of it.

“It was a big mistake. Ideally, a preliminary enquiry from the office of Lokayukta or Law Department of government or Assembly Secretariat would have brought out the true picture,” Goel said.

The Speaker in his letter to the Lokayukta pointed that the petitioner's claim that the MLAs were bound to declare their assets and liabilities as per Lokpal and Lokayukta Act 2013 was not correct.

This provision does not apply to the MLAs as can been seen from the provision of Section 14 of the Act. Also, as per a Government of India memorandum, the public servants need not furnish details of assets and liabilities now, Goel said citing rules and documents.

“Unfortunately, the petitioner has succeeded in dragging your august office too into this needless controversy,” Goel wrote to the Lokayukta.

He said that all the MLAs including Chief Minister Arvind Kejriwal, who were covered by the Lokayukta notice, could submit their replies.

“I have, however, suggested the MLAs who wrote to me seeking suggestions over the notice, that there is no provision as such for filing details of assets and liabilities by them before a competent authority,” he said.

There could not be any objection over filing of details by the MLAs about their assets and liabilities, but it should be only according to law. It cannot be “forced” by a “ill-conceived and politically motivated” complaint, he added.

Garg in his complaint before the Lokayukta had claimed the ruling party MLAs including the Chief Minister had not furnished details of their assets and liabilities before the competent authority for three consecutive years.

The opposition BJP in Delhi Assembly had earlier said that its four MLAs will file details of their assets and liabilities and had accused the ruling Aam Aadmi Party of resisting similar disclosure by its legislators.