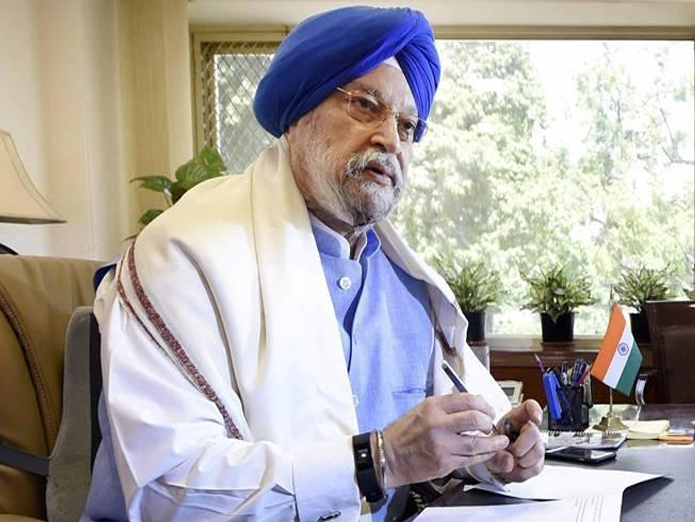 Union Minister Hardeep Singh Puri has written to Chief Minister Arvind Kejriwal, saying the whole process of regularising unauthorised colonies in Delhi was stalled due to apathy and inaction of the AAP government, which vehemently rejected his claim

New Delhi: Union Minister Hardeep Singh Puri has written to Chief Minister Arvind Kejriwal, saying the whole process of regularising unauthorised colonies in Delhi was stalled due to "apathy and inaction" of the AAP government, which vehemently rejected his claim.

In a three-page letter to Kejriwal, Puri asked him to advice his colleagues not to spread "misinformation" on this issue and instead, focus on completing the survey of these colonies, required for their regularisation.

Hitting back at Puri, a Delhi government spokesperson alleged that the BJP-led central government had been sitting on the file of regularisation of unauthorised colonies "since last two years".

"The central government doesn't like unauthorised colonies in Delhi that's why a charge-sheet was recently filed against Delhi Urban Development Minister Satyendar Jain who was regularising these colonies," he claimed.

There are over 1,650 unauthorised colonies in the national capital where migrant population plays a vital role in deciding the fate of any political party during elections. In the letter, the Housing and Urban Affairs Minister cited news reports involving a charge-sheet against Jain as he was regularising these colonies.

Puri also cited another report of Kejriwal alleging that if the BJP comes to power again at the Centre, it will "demolish" unauthorised colonies.

"I have allowed sufficient time to lapse in the hope that there would be some clarification from your side at the patent misinformation being spread. Since, that is not forthcoming, I will put on record the facts as they are," he said.

He alleged it also appeared to be a concerted "smear campaign" unleashed to divert attention from the real issue and "mislead" Delhiites, instead of making efforts to regularise all unauthorised colonies as per the guidelines issued by Centre in 2008.

He said as per the regulations of March 24, 2008 and subsequent modifications thereof, the AAP government had to play the lead role in identifying and carrying out the Total Station Survey (TSM), but it was stopped in March 2018.

According to the Union minister, on January 29, the Delhi government had informed that it is yet to finalise award of contract for fresh study and that might take four months. "The study is likely to take another two years.

This means Government of Delhi had been delaying the report continuously and it may go beyond July 2021. These are all facts on record but are being conveniently suppressed from or misrepresented before the public," the letter stated.

"The Centre is keen to regularise all unauthorised colonies of Delhi which are covered under the regulations, but the whole process is stalled due to the apathy and inaction on the part of your government to finalise the boundaries after survey of these colonies," Puri told Kejriwal in his letter.