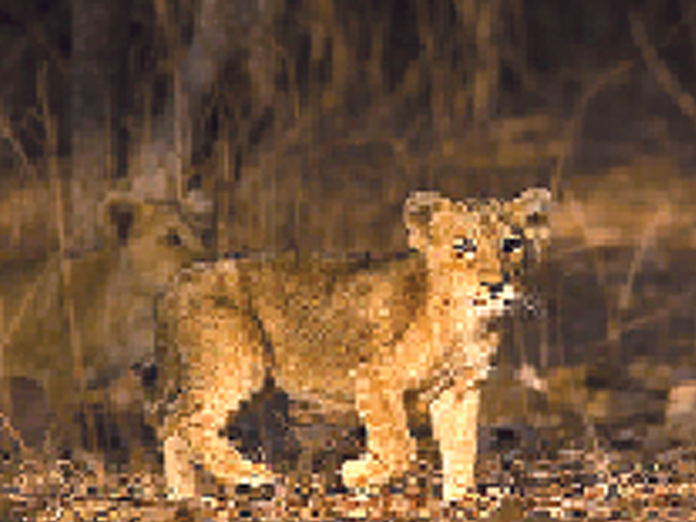 The cub, between 8 to 9 months old, collapsed and died shortly after it was sighted by a team of forest officials and a veterinary doctor, they said.

The officials had gone to the forest under the Gir-West division to rescue another animal when they came across the cub, said D T Vasavada, Chief Conservator of Forests, Junagadh Wildlife Circle.

The carcass was sent to the Sasan Rescue Centre for autopsy so as to ascertain the cause of death, he added. No external injuries were found on the cub’s body.

On February 15, a lion, aged between 5 to 9 years, had been found dead in Tulsishyam range of Gir-East division of the sanctuary.

Over 30 lions, including cubs, have died in and around Gir Forest since September 2018 due to various reasons, including viral infections, territorial fights or being hit by trains. Gir Forest is home to over 600 Asiatic lions.