Mechanic mowed down by car 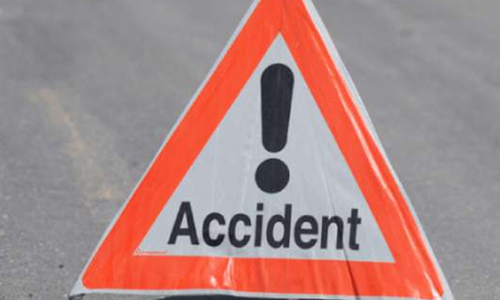 A 24yearold man was killed and two others were injured after a speeding car hit them near the Moolchand underpass in southeast Delhi on Saturday night, police said

New Delhi: A 24-year-old man was killed and two others were injured after a speeding car hit them near the Moolchand underpass in southeast Delhi on Saturday night, police said.

The deceased was identified as Mohammad Afaq, a resident of Jakir Nagar, they said.

According to Chinmoy Bisawal, Deputy Commissioner of Police (Southeast), the incident occurred on the intervening night of Saturday and Sunday when three friends Rudra Aashish Pandey, Nitish and Gaurav were returning home after attending a wedding function at Moti Bagh. When they crossed the Moolchand underpass, a tyre of the car burst following which they called a mechanic.

At around 1.40 am, when the mechanic was replacing the tyre, a speeding car hit them, Biswal said. The car was being driven by a girl who fled the spot, leaving her car behind. She was later identified as Ananya Khurana, a resident of Lajpat Nagar-II, the DCP said. The mechanic died due to the injuries sustained in the accident.

A case has been registered at Lajpat Nagar Police Station. Police are trying to nab the accused girl.