BJP not concerned alone or alliance: Tiwari on AAP, Cong 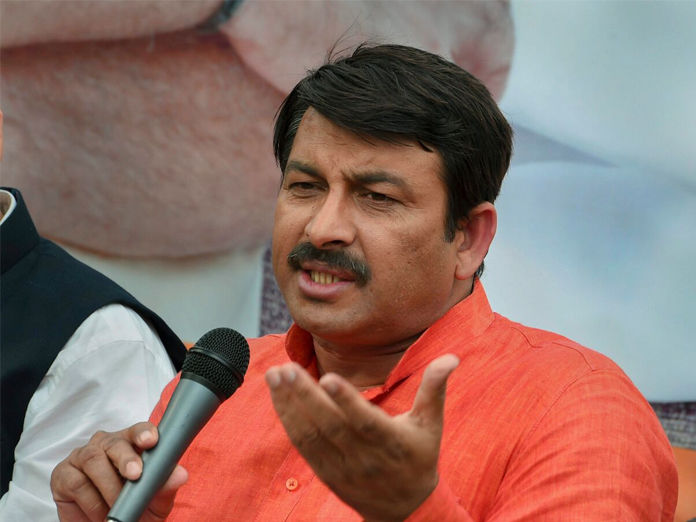 The BJP is not concerned whether the AAP and the Congress contest the Lok Sabha polls in Delhi separately or in an alliance, BJP leader Manoj Tiwari said on Tuesday, asserting that his party will win all the seven parliamentary seats here

New Delhi: The BJP is not concerned whether the AAP and the Congress contest the Lok Sabha polls in Delhi separately or in an alliance, BJP leader Manoj Tiwari said on Tuesday, asserting that his party will win all the seven parliamentary seats here.

The Aam Aadmi Party (AAP) is the “B team” of the Congress and as per their political needs, the parties can decide if they want to come together or fight the polls alone, the BJP’s Delhi unit chief said.

In this election, the BJP will again win all the seats in Delhi and this time, it will be with bigger margins, he said.

Taking a dig at Delhi Congress president Sheila Dikshit, he said it does not matter if the Congress fights the polls alone or in an alliance, Dikshit is “pragmatic” enough to sense defeat of her party in the general elections.

Dikshit, who met Congress president Rahul Gandhi along with other leaders of the party’s Delhi unit on Monday, said there was unanimity over having no alliance with the AAP for the polls.

“We are connected with the people at the ground level to win all seven seats in Delhi, with bigger margins than we did in 2014,” the Delhi BJP chief said in a press conference.

Attacking AAP convener and Delhi Chief Minister Arvind Kejriwal, Tiwari said “he (Kejriwal) is laying at the feet of the Congress and pleading for an alliance, but Sheila Dikshit is not impressed.

People did not expect that Kejriwal’s fate would take such a turn. Kejriwal who attacked the Congress over corruption and promised to send Dikshit to jail, is, today, pleading for an alliance with her party,” Tiwari said.

Kejriwal at a function near Jama Masjid had said he was tired of convincing the Congress for an alliance to defeat the BJP in general elections.

Tiwari said Dikshit showed intelligence by denying an alliance with the AAP as she knew it will damage the Congress in the future.

BJP MLA and leader of Opposition in the Delhi Assembly Vijender Gupta said the AAP and the Congress had made several attempts to forge an alliance in the past six months and claimed that they will continue to do so in the future.

“It’s not the final nod against the alliance,” he said over the Delhi Congress’s decision of not to tie-up with the AAP. “They will attempt for an alliance again.

There is fear in the two parties (Congress and AAP) because of the massive expansion of the BJP and the Modi government's achievements in the last five years,” Gupta said.

The BJP is preparing for the Lok Sabha polls with an aim to get 51 per cent votes in Delhi as directed by BJP president Amit Shah, he said. The BJP will again win the seven seats in Delhi, Gupta said.