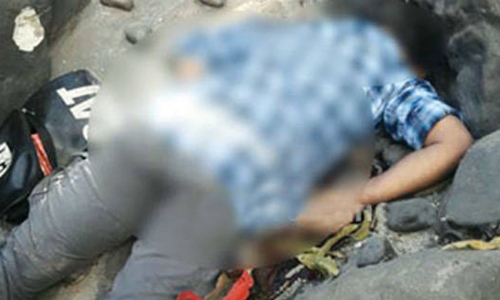 A suspected Maoist leader, who has a slew of cases against him, was killed early on Thursday morning in an exchange of fire with police personnel which lasted for several hours, officials said

Wayanad (Kerala): A suspected Maoist leader, who has a slew of cases against him, was killed early on Thursday morning in an exchange of fire with police personnel which lasted for several hours, officials said.

The gunfight started on Wednesday night and went on till early Thursday morning, they said. “A resident of Malappuram district, C P Jaleel was killed during the exchange of fire between Maoists and the police. A country-made firing weapon was found next to his body,” Kannur Range IG Balram Kumar Upadhyay told PTI.

He said the force was on full alert after there was an intelligence report on the movement of Maoists in hilly Wayanad district which shares border with Tamil Nadu and Karnataka.

“Two members of the gang reached a private resort on Wednesday night and demanded food for 10 members of their team and money... We have estimated that there were around five to eight people in the group,” IG said.

The resort staff alerted the police about the presence of the extremist group and a specialised ‘Thunderbolt’ squad of the Kerala Police rushed in. “No officer was injured in the exchange of fire. One more person in the armed gang was injured as we picked up a blood trail up to the hills,” he said.

The forested locality near Vythiri in Wayanad district has been cordoned off and combing operations were underway to capture the rest of the members of the armed group.

Kerala Thunderbolts is an elite command force of the Kerala Police under the India Reserve Battalion. Meanwhile, Jaleel's brothers C P Rasheed and C P Jishad demanded a judicial inquiry into his death.

Rasheed said he identified the body and found many bullet injuries on it. “However, it's difficult to believe the police version. They (police) might have caught him, brought him to the resort and killed him there. They say that the exchange of fire continued all the night,” he told reporters.

Jishad said the body of his brother must be handed over to the family. He also said his family has lodged a complaint with the district collector with regard to his brother's death.

A report from Coimbatore in neighbouring Tamil Nadu said police were maintaining a tight vigil along the state’s border with Kerala as there was a possibility of the injured Maoists entering the region for treatment.

An alert has been sounded especially in tribal hamlets and hospitals in Coimbatore and Nilgiris districts, bordering Kerala, to inform authorities about any person seen with bullet injuries, it said quoting local police.