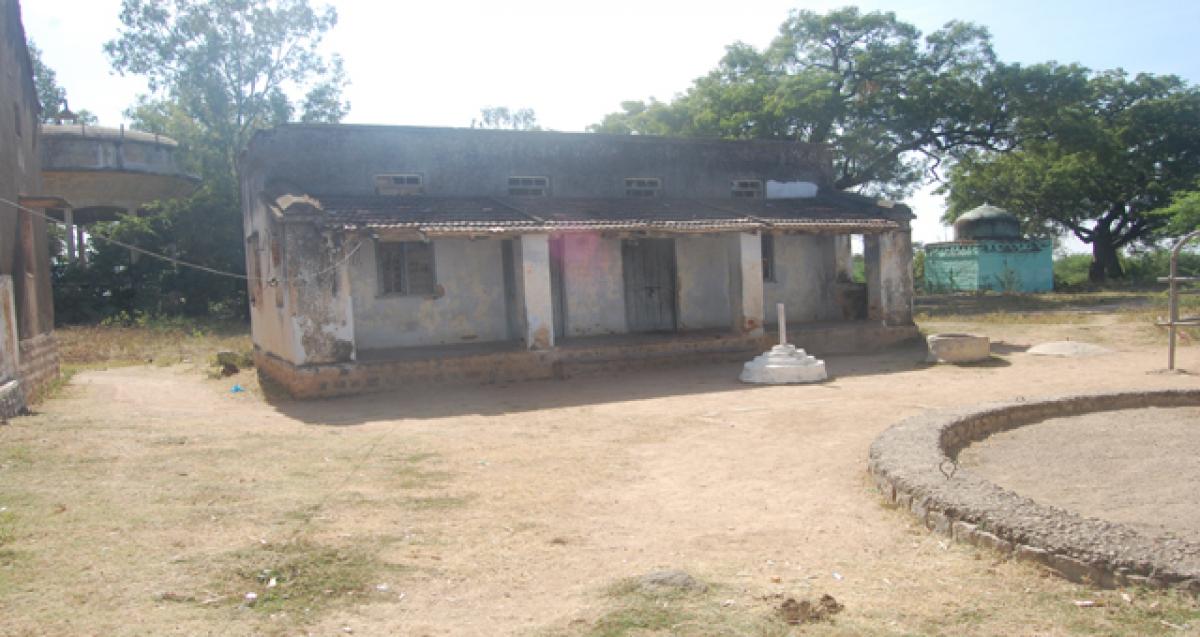 There is hardly one veterinary hospital found in each mandal in Nirmal district. What is shocking is that these hospitals lack sufficient staff, doctors and medicines. Funds released for veterinary developments are diverted to other department to take up welfare activities.

Nirmal: The condition of the government veterinary hospitals in district is in a pretty bad shape. People have an option to go to a private hospital for an advanced treatment, whereas condition of animals is even worse as they cannot be taken anywhere else for treatment.

There is hardly one veterinary hospital found in each mandal in Nirmal district. What is shocking is that these hospitals lack sufficient staff, doctors and medicines. Funds released for veterinary developments are diverted to other department to take up welfare activities.

Most of these buildings are in such dilapidated conditions that they may collapse anytime. On the whole, our district comprises 28 hospitals of which just 19 clinics have a doctor in position, leaving nine hospitals unattended by a doctor in recent times. Of the nine hospitals, some of these are run by supporting staff and others run by an attender.

The situation is very poor and worrisome in the Khanapur region as this region has more animals and they do not get proper medical treatment.

There are a total of 19 Veterinary Assistants (VA) posts of which 18 are left empty with no one in position which is quite alarming. There is only one post of VA in Lokeshwaram and just four Live Stock Assistants (LSA) posts leaving six posts empty.

Of the 10 positions granted and approved by the Government, two posts of attenders are found to be vacant and more than half of the attenders at other 26 hospitals are working on a contract basis.

Most of these clinics have no proper place to sit, no shelves to store medicines, and rats and maggots damage the material lying over in the clinic.

Even the medicines supplied are of such poor quality and spurious that they pose danger to the animals. There is an acute shortage of medicines at the hospitals.

When inquired about the shortage, the authorities say that the funds approved in the last budget session were already utilized for purchasing medicines and they do not have funds for further purchase of medicines.

There is a need to sanction more hospitals in the district. Though the State government has already given approval for the new hospitals in Abdullapur, Puspur, Rajura in Lokeshwaram mandal and Ratnapur Kandli, Kadtal, Ellapalli and Sarangapur in Nirmal district, no step has been initiated to take further steps towards the hospital buildings construction.

Most farmers depend on the animals like oxen for cultivating their crops and people depend on animals for milk, meat, eggs and other things. As such, authorities cannot be indifferent to the plight of animals, farmers added.

Speaking to The Hans India here on Tuesday, Dr. G K Srinivas, President, Veterinary Doctors Association said, “The animals are a source of income to people and farmers. Carelessness in regard to animal health is found almost in every place around the State. One must not forget that human health is interlinked with the health of animals as well.”