2016 will put all key leaders to acid test 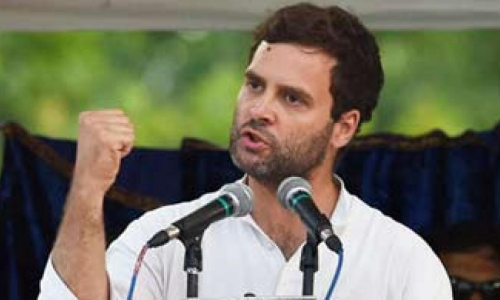 This year promises to be politically significant with elections in four major states, Rahul Gandhi\'s possible elevation as Congress president and would see political fallouts from legal cases involving some top leaders.

New political alignments are expected to emerge as both national and state parties will maximise their electoral prospects in the assembly polls in Assam, Kerala (both ruled by the Congress), Tamil Nadu (AIADMK) and West Bengal (Trinamool Congress), as also the union territory of Puducherry (AIADMK)

The BJP will seek to regain its political momentum after setbacks it suffered last year in the Delhi and Bihar assembly polls. The year is crucial for the Congress as two of the four major states going to the polls are ruled by the party.

New political alignments are expected to emerge as both national and state parties will maximise their electoral prospects in the assembly polls in Assam, Kerala (both ruled by the Congress), Tamil Nadu (AIADMK) and West Bengal (Trinamool Congress), as also the union territory of Puducherry (AIADMK).

The polls, which would be held in the first half of the year, will have national ramifications. The tussle between the Narendra Modi government and the Congress, which last year blocked some key legislation, including the Goods and Services Tax bill, has not thawed and is expected to continue in the coming months.

Both the BJP and the Congress will go through the process of electing their new presidents. While Amit Shah is set to continue at the helm in the BJP, there is a strong possibility of Congress vice president Rahul Gandhi taking over the reins of the party from his mother Sonia Gandhi.

While the Congress had debated the issue of Rahul Gandhi's elevation last year also, there appears greater convergence now on the view that he should take over the leadership mantle. Rahul Gandhi's articulation of issues against the government since his return from over two months' sabbatical last year has enthused the party workers.

Party sources said he could be elevated as the culmination of the organisational election process in the party or during a proposed meeting of the All India Congress Committee. The party is also likely to see an organisational reshuffle.

Though the Congress tasted success in Bihar as a junior ally to the Janata Dal-United and the Rashtriya Janata Dal, the challenges for the party are momentous. It has finished third or fourth in all the assembly polls held since its debacle in the 2014 Lok Sabha elections.

In Assam, the Congress faces a challenge from growing BJP and has left the decision on alliances to Chief Minister Tarun Gogoi. There is speculation about the Bodoland People's Front, an erstwhile Congress ally, tying up with the BJP.

The Congress is likely to go in for alliances in Tamil Nadu and West Bengal, where it is not among the leading players. In Kerala, the Congress-led United Democratic Front has to tackle anti-incumbency, contain the growth of the BJP and contend with the Left Democratic Front, its main rival.

The assembly polls are crucial for the Communist Party of India-Marxist and other Left parties which are now out of power in their erstwhile strongholds of Kerala and West Bengal.

For West Bengal Chief Minister Mamata Banerjee and her Tamil Nadu counterpart J Jayalalithaa, the assembly polls will be as much a test of their strategy as of their personal popularity. The BJP is likely to give more space to the state leaders in its campaign for the assembly polls after its defeats in Delhi and Bihar despite an aggressive campaign by Prime Minister Narendra Modi.

The Modi government will complete half its term in 2016 and is expected to lay greater focus on implementation of its schemes on the ground and on creation of job opportunities. The coming months will also set the stage for the crucial assembly polls in early 2017 in Uttar Pradesh and Punjab. Efforts are under way to forge alliances in Uttar Pradesh on the pattern of Bihar to stop the BJP from coming to power in the state.

A clear picture on alliances is expected to emerge by the end of the year. Both Sonia Gandhi and Rahul Gandhi blame the National Herald case on the political vendetta on part of the Modi government.

The court proceedings would also move ahead in the defamation case filed by Finance Minister Arun Jaitley against Delhi Chief Minister Arvind Kejriwal and some other Aam Aadmi Party leaders following allegations against him over alleged irregularities in the Delhi and District Cricket Association. Opposition parties are also expected to continue raising controversies including those related to former IPL chief Lalit Modi and the Vyapam scam.