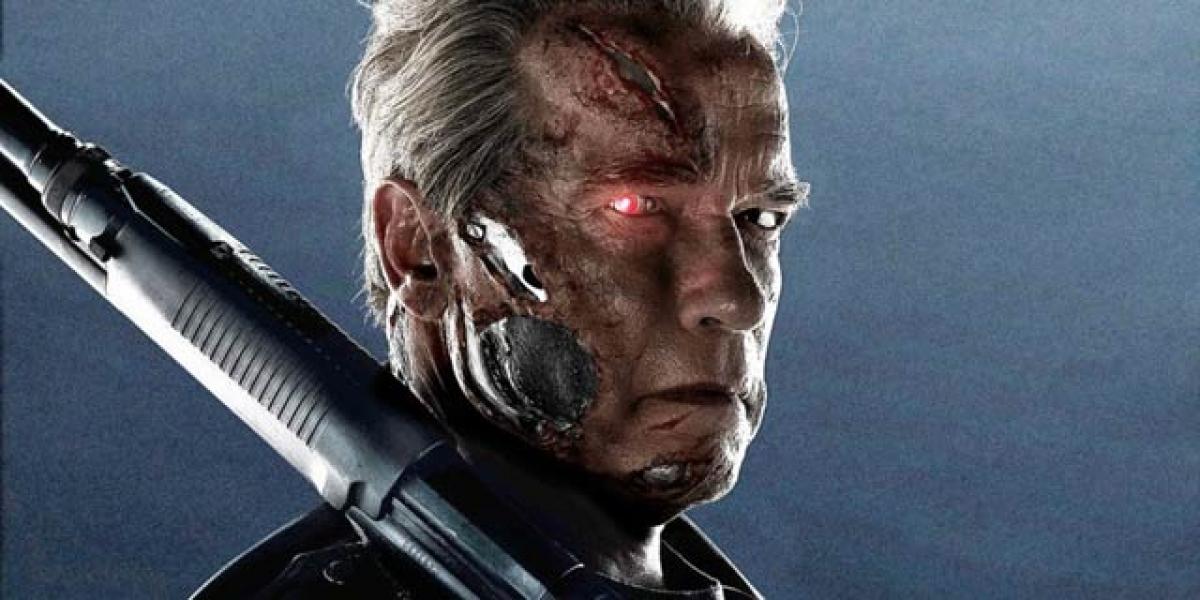 It is possible to replace a whole range of human tasks by the machine.

It is possible to replace a whole range of human tasks by the machine. The McDonald's worker, the ticket seller in the multiplex, the driver for the cars, all can, conceivably, be replaced in the next decade. What will matter is the cost of the machine versus the cost of labour the basic equation under capitalism Artificial intelligence (AI) or machine intelligence has always been a little scary.

We picture evil robots controlling the world and making human beings obsolete or even worse, using us as energy sources as in the Matrix. The defeat by Google's DeepMind a computer programme of the world champion in Go, an ancient Chinese board game, has reinforced the apocalyptic vision of machines taking over the world in the popular media.

Not that this vision is totally wrong. The more we transfer human skills to the machine, the more obsolescence in the work force. This is not peculiar to the current age; this happened during the industrial revolution as well. The difference is that computers today can do tasks that are relatively undefined, what we thought were the preserve of humans.

As machines become more ‘intelligent’ they can displace labour even in the service sector. The whole service economy today is in the same position that the weavers were in before the industrial revolution. As machines displaced the self-employed weavers with their spinning wheels and the looms, there were huge dislocations.

This led to the Luddite revolt in England and the bones of weavers bleaching in the sun in the plains of northern India. The existing service economy could now be faced with a similar scenario. So what is Go and what did AlphaGo do? Go has a devoted set of followers in China and East Asia. In Korea alone, Go has eight million followers.

In Go, two opponents alternate, placing white or black stones at the intersection of any two lines on a 19-by-19 grid board. Players capture space when their stones completely surround their opponent’s stones. The game ends when there are no moves left, and the player who controls more of the board is the winner.

So what did Google's DeepMind computer programme do and why is it so important? This year DeepMind played a series of five games with the world champion in Go- Lee Seedol of Korea, beating him four to one. It is a feat that no computer has been able to do before and thought to be at least a decade away.

Deep Blue, the IBM computer programme, beat the world champion in chess- Gary Kasparov in 1997. On an average, in any move Go has about 250 possible variations. Compare this with chess where on an average, we have about 35 possible legal moves and we see why Go is so much more complex than chess.

So unlike Deep Blue, DeepMind had to master what were thought to be peculiarly human traits: intuition of the game, evaluating positions and seeing what leads to a stronger position rather than winning or losing pieces as in chess.

The strategy used by DeepMind is a variant of artificial neural networks and belongs to a group of techniques called deep learning. It mimics how the human brain learns. It is used from face recognition to speech recognition or what is called natural language processing.

If you feed this a number of photographs, or a set of words, it sorts it out in a way that it can match them to what it has already categorised. Unlike other methods, it can also learn the ‘rules’ without being previously programmed with such rules. This works in Go as improved positions on the board are such rules that cannot be broken down into neat little algorithms that computers can easily process.

The Google team fed their DeepMind about 30 million Go games. That is how it learnt to play Go working out a positional sense and board intuition. They also went further. They had the AI's play each other in a vast simulation exercise. AlphaGo learnt new strategies this way, which then became a part of its repertoire.

The DeepMind team also used the games that the machines had played against each other in training the neural networks further. They then secretly played AlphaGo against one of the top Go players in the world, three-time European champion Fan Gui, before their man-versus-machine challenge to the current reigning world champion Lee Seedol.

During the second game, AlphaGo did something that no human player anticipated. Under attack in one part of the board, it contra-intuitively attacked in another part. This proved to be a brilliant move. Fan Gui said that he first thought it was a mistake. So did Lee Seedol. But it was the turning point of the game, when Lee Seedol realised that he could be surprised.

Not that this was the only surprise. Lee Seedol himself came up with a surprising move in Game 4 which Go players would not normally make. The machine did not know how to respond and made a series of mistakes in this uncharted territory. It lost this game the only one Seedol was able to win.

The machine mastering a complex game like Go is indeed a milestone in AI or what should, more correctly be called machine intelligence. But, as Cade Metz wrote in Wired (March 16, 2016), one should not make too much of it. Yes, it can beat the best player in Go, but it cannot do a whole set of things any human being can do, including hold a halfway decent conversation.

But what happens when there are no rules or if we make up the rules as we go along? Let us not forget that Go is a 19 by 19 grid and the range of possible moves is strictly defined, including what constitutes victory and defeat. What happens in the game of life where we, as society, define and redefine our rules? This is well beyond formulating as an AI problem.

The water frame and later, the steam engine driven frame, changed all that. Focusing on the use of motive power in textile machinery misses the fact that the machines also did a set of tasks that were earlier done by humans being. This as Marx observes, is because capital first breaks down all the manual tasks of the spinner, later the weaver, into their components and then automates them.

This is what we are doing now for mental labour: breaking down the way we think about various tasks, mimicking them in the machine and then using machines to do what human beings can do. It is possible to replace a whole range of human tasks by the machine. The McDonald's worker, the ticket seller in the multiplex, the driver for the cars, all can, conceivably, be replaced in the next decade. What will matter is the cost of the machine versus the cost of labour the basic equation under capitalism.

With advanced machine intelligence, the prospect for humanity is not necessarily bleak. Michael Littman in his blog in Scientific American (March 18, 2016) writes, “I think the key is that human intelligence is constantly redefining and extending itself, incorporating new facets built on top of everything that came before. As such, the rules of the game constantly change.

The metrics for success change. Even the very purpose of existence changes.” We should think instead about the purpose of our society. The battle is not machines versus humans, but what kind of society we want.