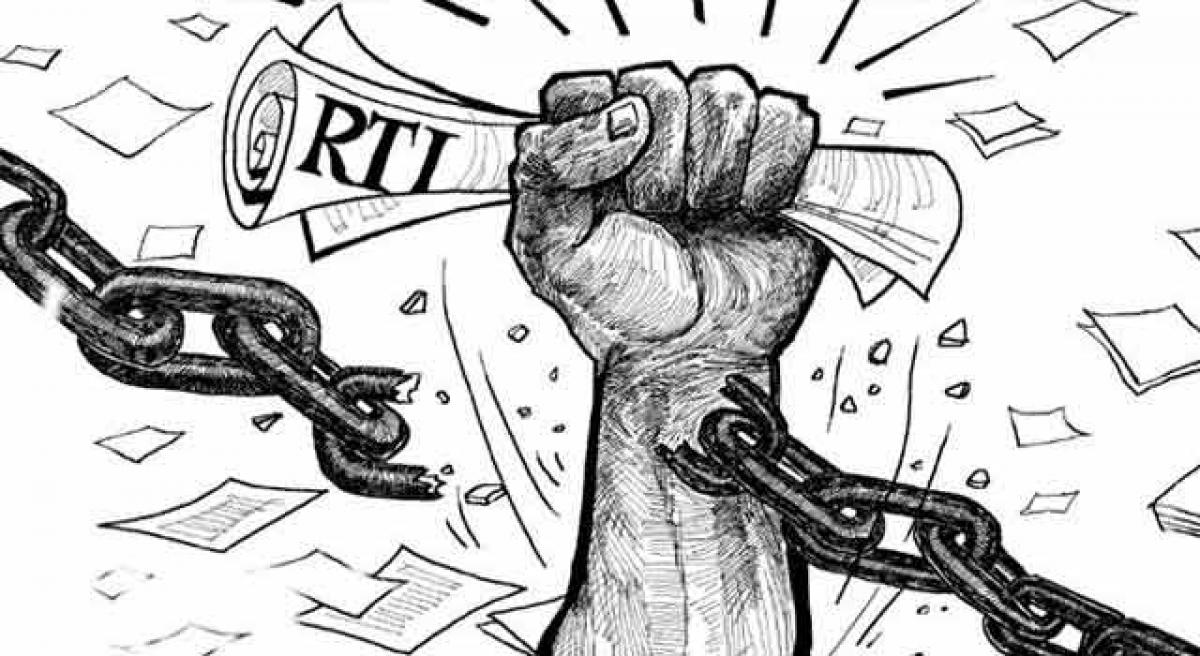 An RTI request for information on the reason for nonpayment of pension has led to discovery of abuse of rules and RTI by the applicant himself. A...

An RTI request for information on the reason for nonpayment of pension has led to discovery of abuse of rules and RTI by the applicant himself. A retired bank official, CSB’s main grievance was non-payment of pension to his wife under disability pension scheme.

The elected representatives like councillors are expencted to be answerable to the people for recommending the pensions and they should be doubly cautious not to endorse without verification. The Commission found fear, pressure and lethargy in the official machinery as they simply sanction the pensions and issue the cheques after the applications are endorsed by the muncipal councillors. They are acting as if there is a single criterion, i.e., endorsement by the area muncipal councillor and nothing else

Once the MCD found someone eligible to receive pension, how can it be stopped and how the pensioner would survive is a question. When he raised a simple question of non-payment, public authorities went on transferring the RTI applications to dozens of offices, sending dozens of sheets without informing why pension was not restored and arrears not paid. The Central Information Commission ordered compensation of Rs 1 lakh to the applicant and issued show cause notices.

As the trial went on, the fraud unfolded. The applicant is found not eligible to get the pension, leave alone compensation. Though it was wrongly transferred to multiple offices, the appellant was not entitled to any relief. When he repeatedly demanded compensation, the Commission asked him to give a detailed affidavit explaining the loss and justifying the quantum.

He stated in the affidavit that he did not want compensation, which was cancelled. He agreed that he was drawing pension of Rs 31,540 per month now. He mentioned his income was Rs 27,000 plus, on the application form.

The officers complained that the applicant is cantankerous and misusing RTI to harass public authorities. With a monthly income of Rs 31,540, he and his wife would not be entitled to either old age pension or disability pension. According to rules, one can apply for disablility pension till 59 years of age if the family income is not more than Rs 75,000 per annum.

If the applicant is of 60 years and above, he is required to apply under the old age pension scheme, subject to family-income limit of Rs 60,000 per annum.

The PIO explained why the CMO transferred the file only to four offices, and did not expect them to be further transferred. He assured to be careful in handling such applications and their transferring. The Commission required the public authority to evolve a system of reasonable consideration before deciding to transfer RTI application to multiple public authorities.

Rajrani, an ADC from North Delhi Municipal Corporation, has shown the original application for pension submitted and signed by husband for his wife, stating “husband’s income was Rs 27,000 plus per month.” There was an endorsement and signature by the area councelor Shobha Vijender along with a seal of approval. In that application, her age was shown as 69 years.

Officers of NDMC agreed that with a monthly income admitted as Rs 27,000 plus by the applicant, his wife is not entitled to get pension. Thus it is obvious that the sanction of pension to appellant’s wife was against the eligibilty norms prescribed by the NDMC. It is surprising as to why no officer or area councilor verified ineligibility.

This means per annum three municipalities are giving away Rs 244.80 crore for pensions. The way the appellant’s wife was sanctioned pension without verifying the facts available on the application itself gives rise to serious doubts about possible draining of the public money.

Even after the appellant approached, the department concerned did not verify eligibility criterion, but handed over a cheque for Rs 3,000 recently as pension for three months. The Commission directed Additional Deputy Commissioner, Rohini Zone, NDMC, to give a comprehensive note on pension to the wife of appellant and action taken, including the recovery of money paid, if necessary, within 20 days from the receipt of this order.

After hearing the submissions and analysing written notes by various departments including the NDMC, the Commission apprehended that there might be many more such pensions ignoring eligibility norms. It is noticed that once the application for pension is endorsed by the area municipal councillor, no officer is verifying eligibility norms but simply paying in cheques. This needs to be thoroughly probed to prevent draining of public money.

The elected representatives like councillors are expencted to be answerable to the people for recommending the pensions and they should be doubly cautious not to endorse without verification. The Commission found fear, pressure and lethargy in the official machinery as they simply sanction the pensions and issue the cheques after the applications are endorsed by the muncipal councillors. They are acting as if there is a single criterion, i.e., endorsement by the area muncipal councillor and nothing else.

Though the Delhi government is not meeting complete expenditure of MCDs for pensions, its contribution is running into hundres of crores as revealed by the the Delhi Government officers referred to above. The Delhi government has released more than Rs 2,174 crore to three municipalities in plan and non-plan categories.

Hence, the Delhi government has a greater responsibility to ensure that their funds granted for pensions are not drained away by unverified sanction only on endorsement of area municipal councillors.

Exercising its powers under the Section 19(8), the Commission required various public authorities to initiate necessary steps as follows: As the three MCDs are autonomous bodies governed by democratically elected representatives, the Commission requires the office of Lieutenant Governor of Delhi to take neccesary remedial measure to ensure compliance of eligibility norms in sanctioning pensions.

The Commission also requiresthe office of LG to obtain a comprehensive note on payment of pensions by three MCDs, after thorough verification and elimination of ineligible pensions, and direct them to put the same on their official websites. The political parties, whose representatives as area municipal councillors are endorsing pensions, and the honorable Mayors should be accountable and responsible to follow the norms prescribed.

The councillors also should be answerable as to why they have recommended. The Commission requires the Mayor to find out how many pensions were granted on the recommendations of area municipal councillors in violation of eligibility norms of income and initiate necessary steps to stop this kind of drainage of funds, and to recover the money from ineligible candidates like appellant’s wife, or from the Area Municipal Counselor, if found guilty of wrongful recommendation.

They should consult legal experts as to why this should not be considered as misappropriation of public money and why all those guilty of this crime including abettors through endorsement should not be prosecuted. The Commission also requires the honourable
Area Municipal Councillor concerned to explain to her political party, the Mayor, and people in general along with a copy of such explanation to this Commission, why an ineligible applicant was recommended the pension in glaring violation of income norms and assure the people that ineligible candidates would not be recommended in future.

Such incidents should lead to introduction of systems to make the representatives of people including area muncipal councillors or legislators to be brought under the ambit of transparency law to make them accountable and answerable to the people.

The Commission finds the appellant’s misapplication has caused a lot of confusion, wastage of money and time, and that he should be ashamed of misappropriating the public money by wrongfully securing pension. It is interesting that even the abuse of RTI was found useful – it revealed pension wrongs. (Based on CIC decision in CIC/SA/A/2015/001343 decided on 13.5.2016)