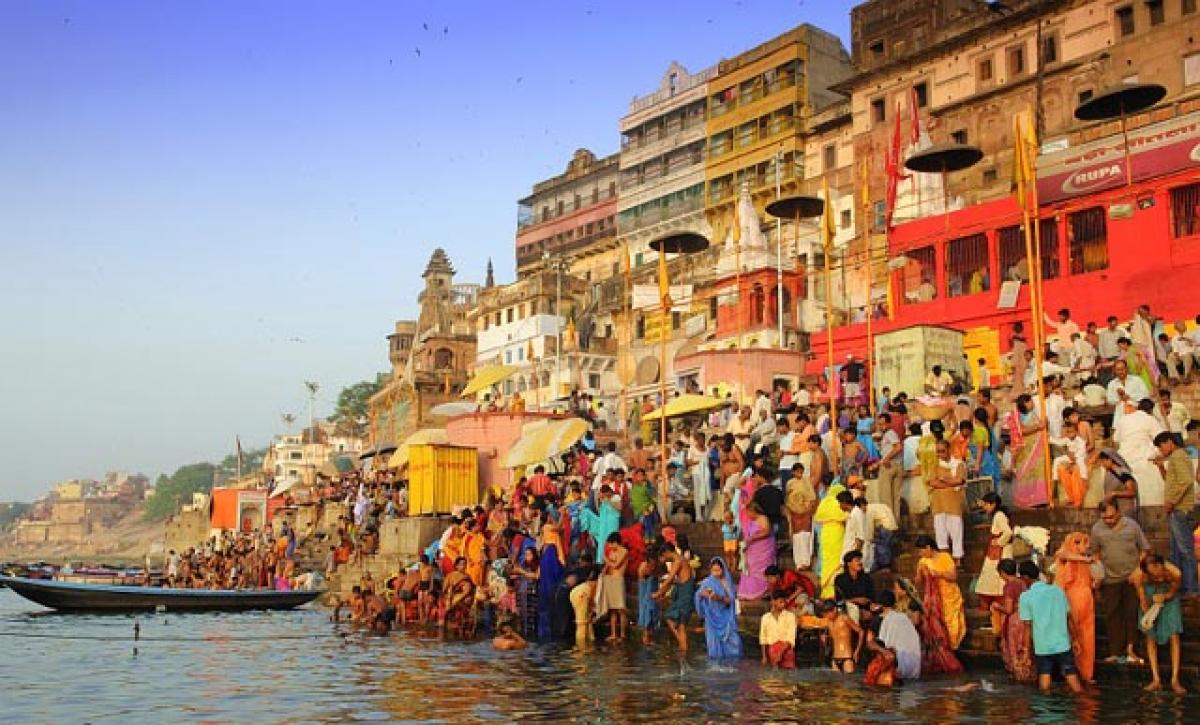 Prime Minister Narendra Modi had adopted Village Jayapur in Varanasi soon after being elected from that constituency. Reports indicate that there has...

Prime Minister Narendra Modi had adopted Village Jayapur in Varanasi soon after being elected from that constituency. Reports indicate that there has been a dramatic improvement in the infrastructure in the village. Solar panels provide 12-14 hours electricity here, while other villages get hardly 6 hours supply. Roads have been lined with tiles. A bus stand with steel chairs has been made. Overhead tank for the supply of drinking water is under construction. More than a hundred solar powered streetlights have been installed. Large numbers of bio toilets have been constructed.

All this, however, is of no consequence to the 25-odd unemployed youth of the village. Some hold ITI degrees but have no jobs. A center with modern looms has been established. A dozen women have jobs here. However, I can say with confidence that this center will work only as long as some corporate organisations continue to provide subsidies. It is impossible for a village-based industrial unit to compete with a similar unit established in the city. The power supply is more regular in the city.

Workers will remain idle in the village if power supply fails. It is possible to call the mechanic within an hour to repair a machine if it is located in the city. It will take two days and double the expenditure to have the same repair done in the village. It is easier for the supplier of raw materials and buyer of finished goods to come to a city to buy or sell the goods. A village based industry is simply not viable for the above reasons. Sarvodaya organisations have made relentless efforts to establish rural industries in the last sixty years. All these efforts have gone in vain because of the inherent comparative disadvantage faced by rural industries.

It will be difficult, if not impossible; to make a success of the Prime Minister’s resolve to truly improve the conditions of his adopted village or any other village in the country. The primary economy of the village is dependent on agriculture. However, the share of agriculture in the income of a country declines along with the level of development. The share is down to mere one per cent in most developed countries today. The prices of agricultural products have been declining in the last 50 years.

Modern technologies are not helping. Farming was largely done by the bullock previously. The animal could walk, say, one km in the morning, do the ploughing and return in the evening. As a result, large numbers of small villages were established at a distance of, say, two km from each other. Nowadays farming is done by tractors, bore wells and harvesters. Farmers carry labour on trolleys 10 km to the field in the morning and return home in the evening. It is now more convenient to live in small towns located, say 15 km away from each other. In the result, villages are dying while small towns are expanding.

The many schemes launched by Modi for uplift of farmers have to be assessed in the above background. The Jan Dhan scheme has successfully transferred Rs 20,000 crore from the poor to the rich. The money deposited by the account holders has gone to Mumbai. ‘Make in India’ is making things worse. Modern textile mills are making cloth and killing the jobs of lakhs of small power loom owners. The famed handloom sari business of Varanasi is now dead.

The determination of the Modi government to ply large ships on the Ganga will lead to lakhs of fishermen of Varanasi losing their livelihood. Tourism at Varanasi too will be hit with large ships making noise disturbing the peace of the bathing ghats. Boatmen will lose their jobs. The crop insurance scheme will fail because premium was never the problem. The problem was the bureaucracy inherent in any insurance scheme. The soil health card is mere pep talk. The farmer knows what fertilizer is needed. His problem is that he does not have the income to buy the fertilizer.

The effort to increase irrigation by big schemes will actually lead to decline in irrigation. There has been an increase in irrigation in the command areas of big schemes like Bhakra. However, this has come along with a decline in the water table due to less percolation. Big dams have led to less flooding. Large amount of water percolated in the ground during the floods. This percolation has reduced and led to a decline of the water table and a reduction of irrigation in the downstream areas.

Modi must make a different plan to revive his adopted village. Farm labour is paid a wage of Rs 7,000 per day in Netherlands. The farmers grow tulips. One can see large fields of red, yellow and pink flowers. Another area is of organic foods. These are often in high demand. It is possible to earn higher income from agriculture by producing such high value produce. Thus, along with the establishment of solar lights, Modi must take up a programme to introduce high value agriculture.

Even this may not be sufficient because of the large numbers of farmers in the country. Ultimately, we will have to encourage the village youth to migrate to the cities and get better jobs. Speaking at the dedication ceremony of ‘Gram Uday se Bharat Uday’ scheme on Dr B D Ambedkar’s birth anniversary the Prime Minister stressed that Dr Ambedkar gave much importance to education. The future of the Indian economy lies in ‘knowledge’. The demand for services such as astrology, translations, music, movies, medical consultation, tutorials and online retailing is increasing.

It is necessary to train rural youth to enter these sunrise sectors. These services can be provided from small towns at a much lower cost than from metropolitan towns. We must create vibrant small towns. Author was formerly Professor of Economics at IIM Bengaluru