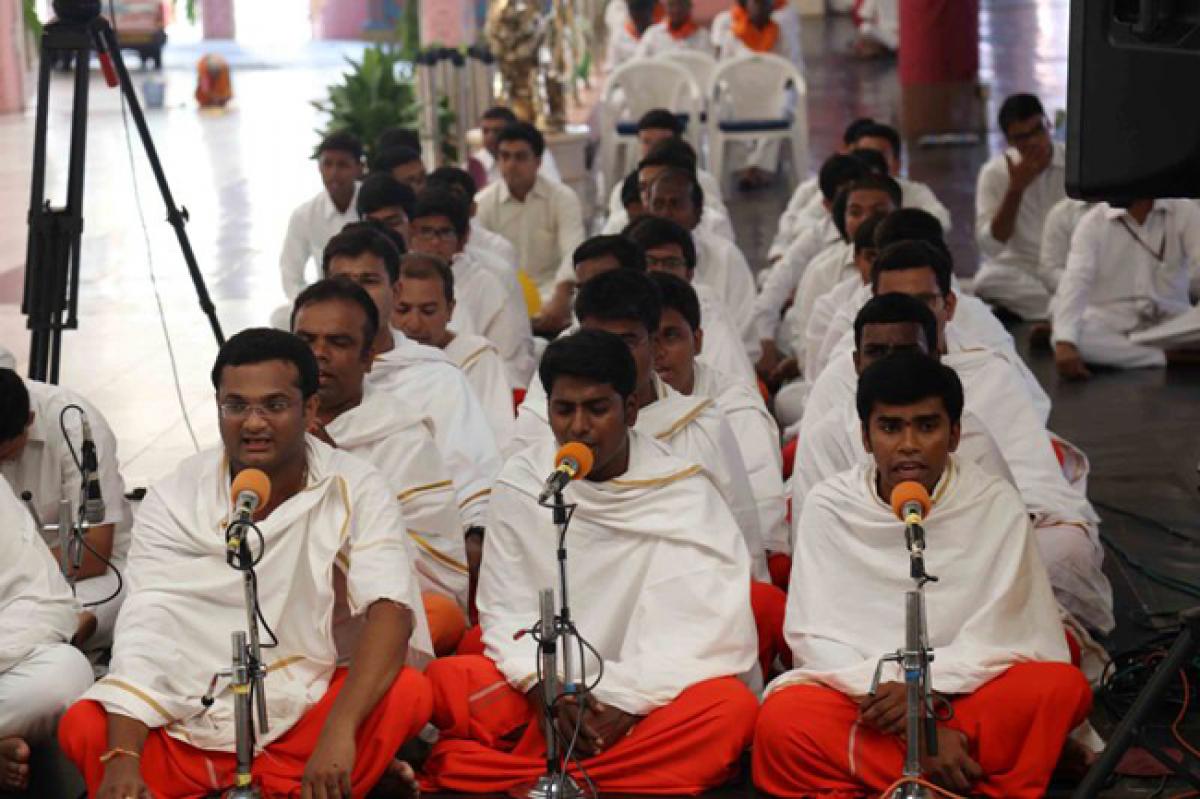 It is laid down in the scriptures that listening to Panchanga bestows all-round goodness. The name of the New Year 'Durmukhi' signifies 'evil face'. It is presided over by Rudra, who annihilates all types of evil. The year is expected to yield more good than evil, said the Pandit, as the people are devoted, engaged in performing good deeds. There will be good governance and thus nation will be equipped well to face natural disasters, noted the erudite scholar. As Sukra is the presiding planet for the New Year, it will augur greater well being than evil.

Bhagawan's Divine discourse followed next played on the public address system. Elucidating on the significance of Ugadi, Bhagawan touched upon the deterioration in moral and ethical values. Along with external cleanliness one has to ensure inner cleanliness as well, reminded Bhagawan 'discoursing' on the holy occasion.

Bhajans next ended with Mangala Arathi to Beloved Bhagawan.