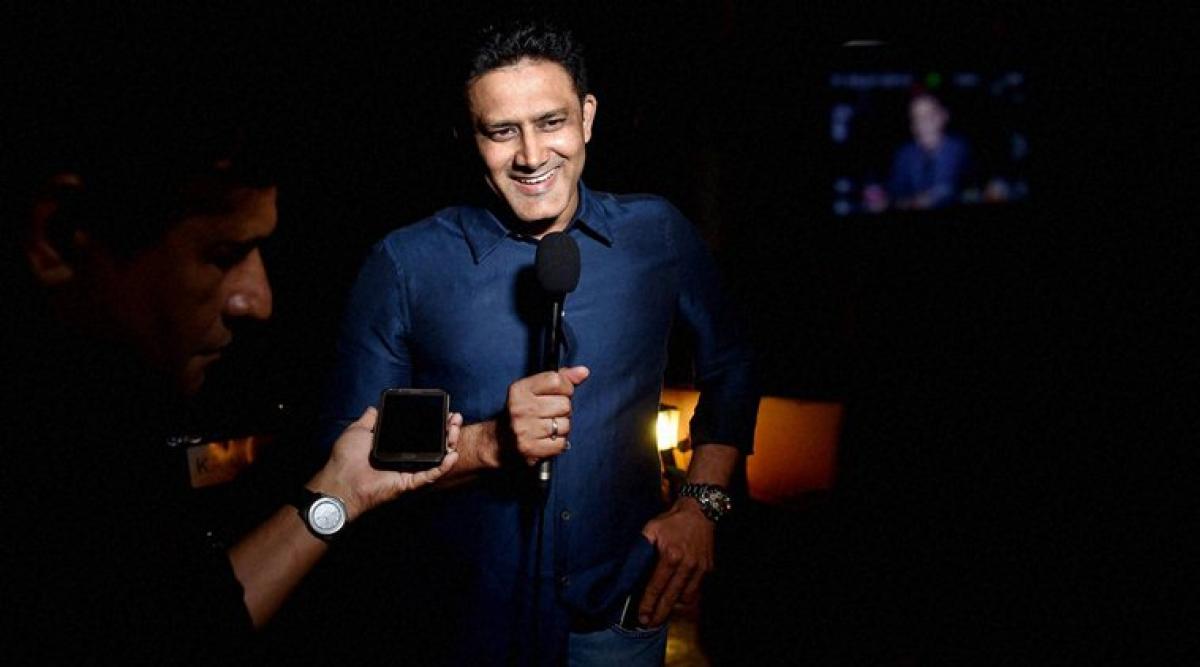 India will go to the Rio Olympic Games with over 100 competitors, crossing the three-figure mark for the first time; the hockey team played a Champions Trophy final after 36 years. Yet, the most discussed topic was the appointment of Anil Kumble as coach of Indian cricket team!

India will go to the Rio Olympic Games with over 100 competitors, crossing the three-figure mark for the first time; the hockey team played a Champions Trophy final after 36 years. Yet, the most discussed topic was the appointment of Anil Kumble as coach of Indian cricket team!

The track and field athletes ran out of their skin as 23 qualified in 16 disciplines for Rio as against 14 in 11 events at the London Games four years ago. It could well be 29 if the relay squad also makes it as expected.

A couple of months ago, Sports Authority of India Director General Injeti Srinivas put the figure at around 110 after an internal assessment and he is spot on. At 103, the contingent will be 20 more right now with swimming and golf yet to get their qualifiers,

Naturally, the authorities are confident that the quantity will also produce quality performances to win quite a few medals. The London tally was two silver and four bronze, number-wise the best-ever tally even though in the medal listings they were down at 55 compared to the 50th at Beijing where Abhinav Bindra’s gold pushed them up.

In the run-up to the Olympics, the Indian hockey team has always done well, beating top teams on tours to Europe to raise false hopes of medal at the Games. This time they showed their mettle by fighting it out with Australia in the final before being knocked out in a shootout.

There is again a talk of a podium finish at Rio and for once they really look like true contenders. But then the Indians have a knack of goofing up at the tournaments that matter, losing to opponents whom they had beaten more often elsewhere.

Finally, to cricket. The Supreme Court kept badgering the Board on the issue of transparency while hearing the reasons for the inability of the game's administrators to implement some of the key recommendations of the Justice Rajendra Mal Lodha Committee.

Surely, neither the apex court nor Justice Lodha will be happy with the way the process of picking the head coach of the Indian team was gone through. The board called for applications and this time 57 stepped forward.

It is not clear who all applied and the board short-listed 21, though it revealed the names of only the prominent applicants like Sandip Patil, who is still chairman of selectors and a couple of others essentially from the Mumbai-Maharashtra belt.

Ravi Shastri, who did well enough as team director when the chips were down, was still the front-runner for the job with Patil close on his heels. But the new dispensation saw Shastri as a relic of the discredited previous regime which gave him enormous clout as commentator, member of the Indian Premier League Governing Body and a scout to select India coaches along with his former captains Sunil Gavaskar and Srinivasan Venkataraghavan.

It can now safely be deduced that the authorities were clearly not in favour of Shastri and pushed Anil Kumble to throw his hat in at the eleventh hour, prompting one of his former Karnataka and India teammates, Venkatesh Prasad, to aver that he would not have applied had he known Kumble was in the race.

Tendulkar was overseas and joined a teleconference with the other two members of the advisory committee, Sourav Ganguly and V.V.S Laxman, with Sanjay Jagdale, a former Madhya Pradesh captain and former board secretary as convener.

The committee went through the exercise, interviewing a few, including a couple of overseas candidates, but it had already zeroed in on Kumble well before. It is unthinkable Kumble could have jumped in without getting the nod from the board and once he was in, it was a one-horse race.

Has party politics played any part in Kumble’s selection? It appears so, as he is considered close to the ruling party at the Centre and he almost contested from Bengaluru for the Lok Sabha in the 2009 general election on the BJP ticket, but for the caste calculation. He is likely to be a star candidate in the next assembly election.

Once a political decision is taken, the rest was easy. The three advisers to the board are all Kumble’s teammates and three weeks ago, board president Anurag Thakur significantly stated that the three wise men “were not averse to travelling with the Indian squad".

At least one of the members has always been keen on travelling and once wanted to go with the team even when an injury ruled him out for the overseas tour.

Though for the time being, Sanjay Bangar and Abhay Sharma have been retained to assist Kumble, soon the advisers may join Kumble on a rotation.

Is it the end of Gavaskar-Shastri era in India’s cricket matters? Don’t be sure, there are no permanent friends or foes in the board.

(The author is a senior journalist and the views expressed are personal. He can be reached atsveturi@gmail.com)