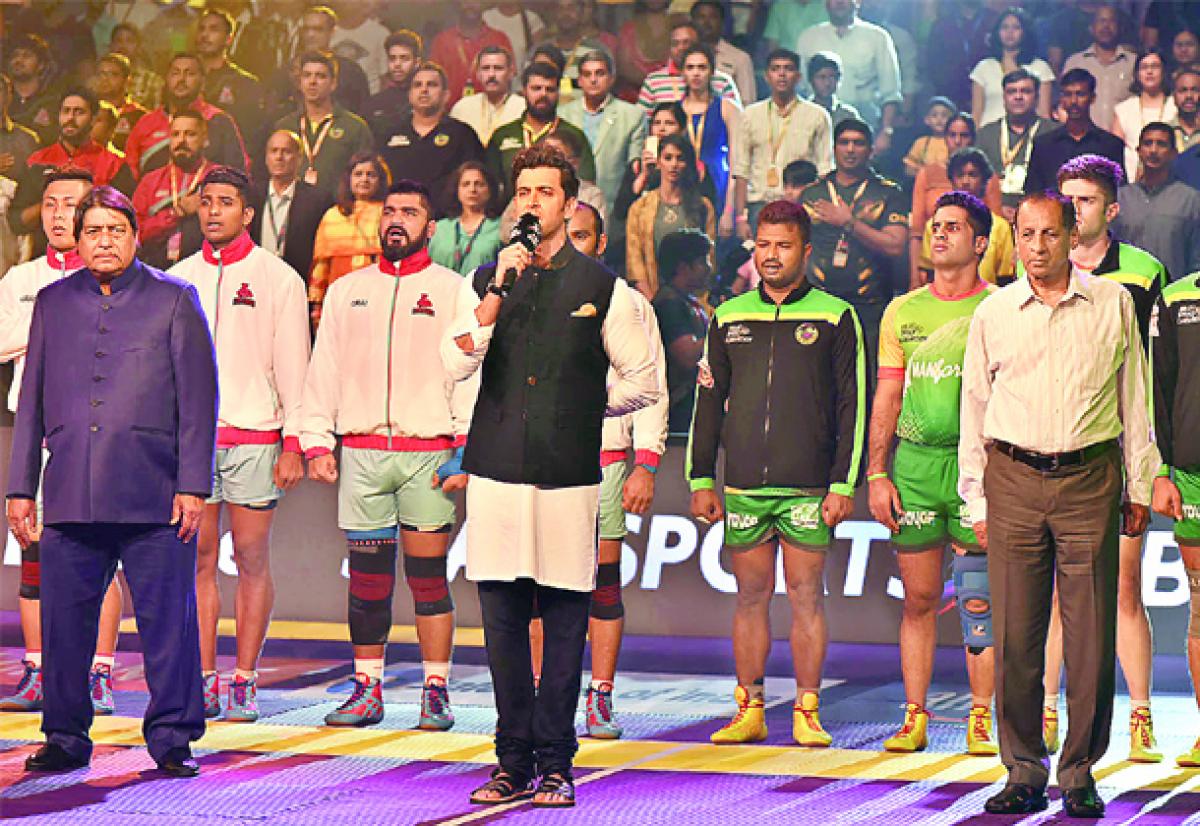 The Patna outfit defeated Jaipur Pink panthers 37-29 in front of a jam packed stadium. At the break, they were ahead 19-16.Meanwhile,  Captain Tejaswini Bai produced a moment of magic as Storm Queens survived a last-minute scare to beat Fire Birds 24-23 in a pulsating encounter.

​Hyderabad: At the end of the day Patna Pirates successfully defended their title while Storm Queens emerged as the first women champions on on the conclusion of the Pro Kabaddi League Season 4 at the GMC Balayogi Indoor Stadium here on Sunday.

The Patna outfit defeated Jaipur Pink panthers 37-29 in front of a jam packed stadium. At the break, they were ahead 19-16.Meanwhile, Captain Tejaswini Bai produced a moment of magic as Storm Queens survived a last-minute scare to beat Fire Birds 24-23 in a pulsating encounter.

Storm Queens were cruising till the 29th minute but Fire Birds made a dramatic come back to score five points in the last minute to turn the game on its head and made it a nail-biting finish.

However, it wasn’t enough as Tejaswini scored two points in the dying seconds to clinch it for Storm Queens. The Women’s Kabaddi Challenge final began with a bang as a super raid by Sakshi Kumari in the fourth minute to give Storm Queens a 4-1 lead.

Fire Birds led 9-6 in the 12th minute with their defence doing a fine job on Storm Queens’ raiders. There was little to chose between both teams in the first 15 minutes and Fire Birds took a slender 10-8 lead at the break.

Storm Queens began the second half with a super tackle as they trailed 10-11 in the 17th minute. They got two more points in the 19th minute to take a one-point lead as Fire Birds’ skipper Mamtha couldn’t get a single raid point in 19 minutes.

Storm Queens asserted their domination and led 15-11 in the 22nd minute as Fire Birds were reduced to just one player. An all-out was duly inflicted in the same minute as Storm Queens led 18-12.

The Fire Birds were looking completely down and out with Mamtha unable to get any raid points and trailed 12-19 in the 23rd minute. With less than five minutes to go, Storm Queens led 20-13 and were cruising to be the inaugural champions.