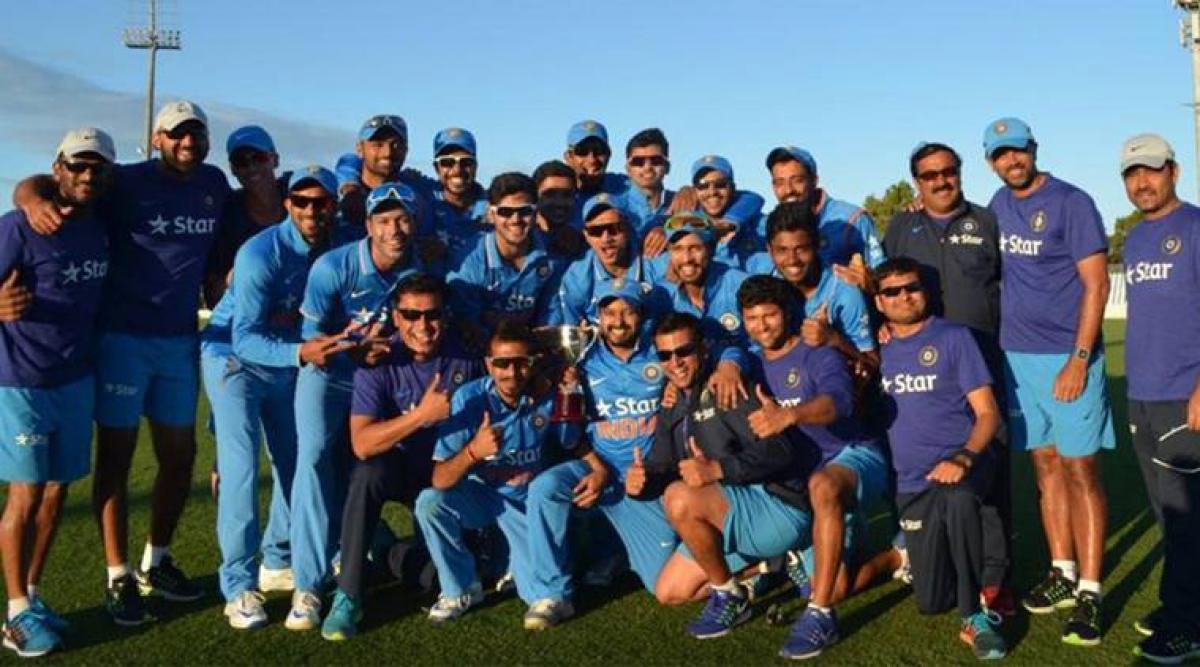 India A rode on a solid all-round performance to clinch the Quadrangular one-day series, thrashing Australia by 57 runs in the final clash in Mackay on Sunday.

India A rode on a solid all-round performance to clinch the Quadrangular one-day series, thrashing Australia by 57 runs in the final clash in Mackay on Sunday.

Electing to bat after winning the toss, India A put up 266/4 in their 50 overs before bowling out the hosts for 209 in 44.5 overs. Mandeep Singh was the star of India's batting performance with a 108-ball 95, which was laced with 11 hits to the fence.

Mandeep, who was named Player of the Match, combined with captain Manish Pandey (61) to steer India to what turned out to be a winning total. Shreyas Iyer was also vital with his 41 runs. Australia had four wicket-takers with one scalp each.

In reply, Cameron Bancroft (34) and Nic Maddinson started well, but it was Yuzvendra Chahal (4-34) who was the ultimate winner from the innings, taking key scalps and bringing the game India A's way. Australia A skipper Pete Handscomb (43) combined with Alex Ross (34) to edge closer to the total, but the back end of the game went completely in the tourists favour as they claimed the last five wickets for just 26 runs.

India A have now claimed the last three 'A' series, defeating Australia A on each occasion in the final. The other two teams in the series were South Africa A and the Australian National Performance Squad.