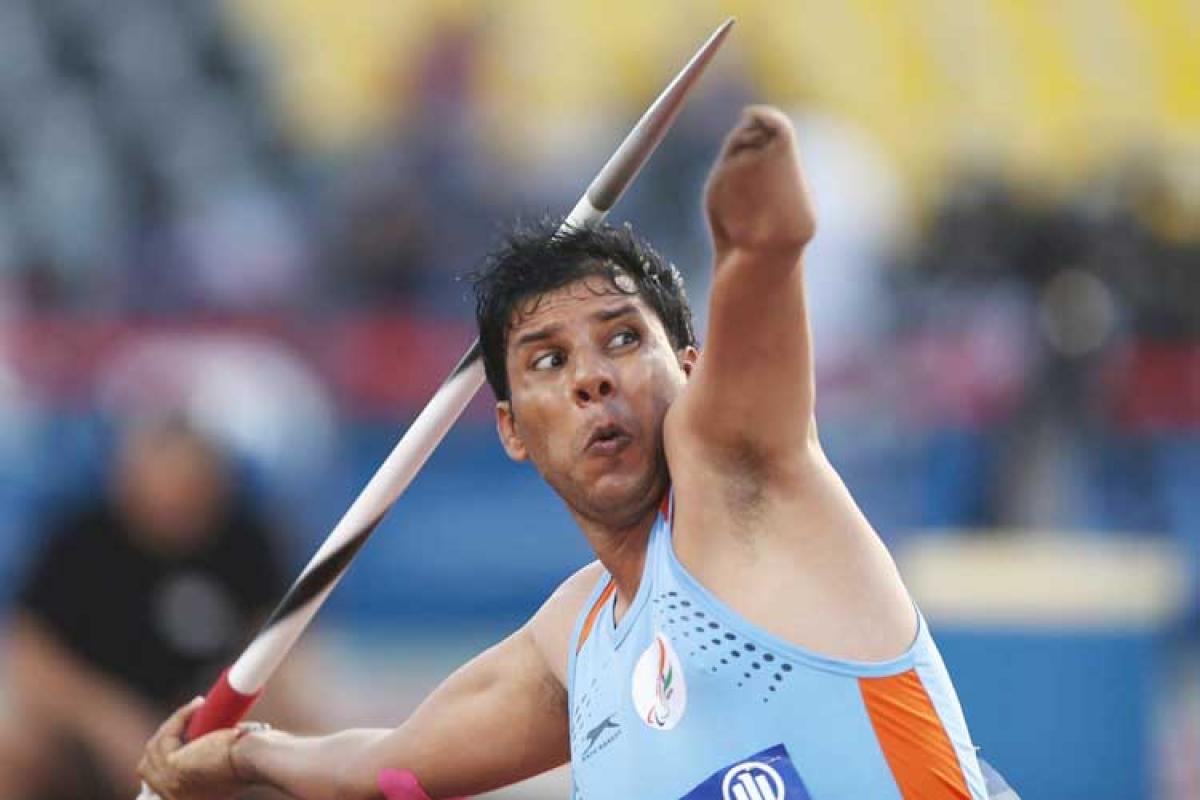 India\'s Devendra Jhajharia bettered his own world record to win gold in the men\'s javelin throw F46 event at the 2016 Rio Paralympics.

Devendra won gold in the javelin event at the 2004 Athens Paralympics with a record throw of 62.15 metres, becoming only the second gold medalist at the Paralympics for his country, and improved upon it with an attempt of 63.97 metres at the Olympic Stadium (Engenhao) here on Tuesday.