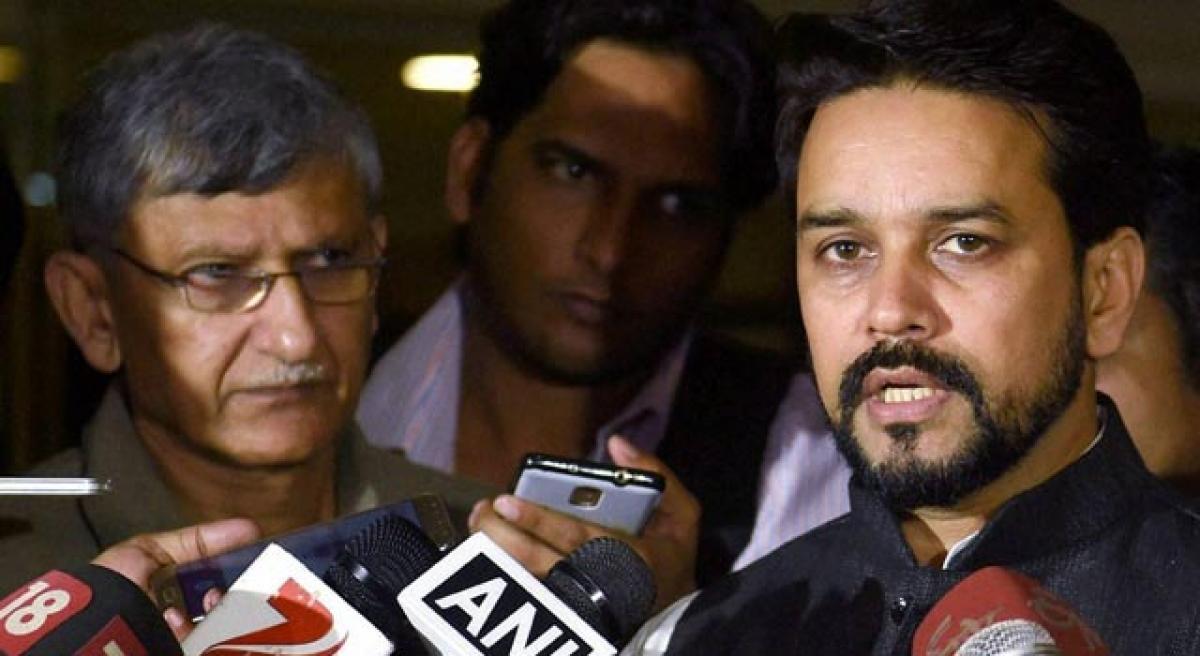 They have also not accepted the recommendation on selection panel, which called for three selectors, instead of five, and with Test experience.Among the significant recommendations adopted unanimously in the meeting today were induction of the representative of Comptroller and Auditor General as the member

Mumbai: In a complete defiance of the Supremer Court, the Board of Control for Cricket in India (BCCI) on Saturday rejected key recommendations of the Lodha Committee, like one-state one-vote, age limit of 70 years and cooling-off period of three years, setting the stage for another round of confrontation with the a apex court.The Board's Special General Body, which met here on Saturday, deliberated on the recommendations and chose to stick to their stand by accepting only a few minor recommendations as most of the members were on the same page.

They have also not accepted the recommendation on selection panel, which called for three selectors, instead of five, and with Test experience.Among the significant recommendations adopted unanimously in the meeting today were induction of the representative of Comptroller and Auditor General as the member of the Apex Council as well as the IPL Governing Council and the formation of the Apex Council with certain modifications.

The BCCI release mentioned about the ‘various committees as recommended by the Hon'ble Justice Lodha Committee including the special committee for the differently abled and the Women's
Committee’.

The members were unanimous in giving voting rights to the Associate members as per the ICC guidelines. It was also decided that Puducherry be granted associate membership of the BCCI as proposed at Item No. 7 in the timeline report.

As per the Board statement, the SGM also accepted (Item No 3) Code of Conduct for Players and Team Officials, Anti-Doping Code, Anti-Racism Code, Anti-Corruption Code and Operational Rules of the first timeline report of the Justice Lodha Committee for implementation for the next IPL season.”

The release further said, “ With regards to (Item No. 4) of the timeline report issued by the committee, the members drew the attention to the fact that while it was the effort to ensure a 15-day gap between the national calendar and the IPL – the same will not be possible in the year 2017 because of the ICC's Champions Trophy being scheduled in England at around the same time.”

Item No. 5 (Agent Registration Norms) of the timeline report – was adopted unanimously.”
However, there was no word on the major reforms recommended by the Lodha panel. Justice RM Lodha had made it clear that none of the reforms suggested by the panel are negotiable. The committee had asked the BCCI and its state associations to adopt the new Memorandum of Association and Rules and Regulations by September 30.

BCCI president Anurag Thakur said all members attended the meeting barring Vidarbha Cricket Association, which became the first full member of the BCCI to adopt the MoA and Rules and Regulations as recommended by the SC appointed committee.