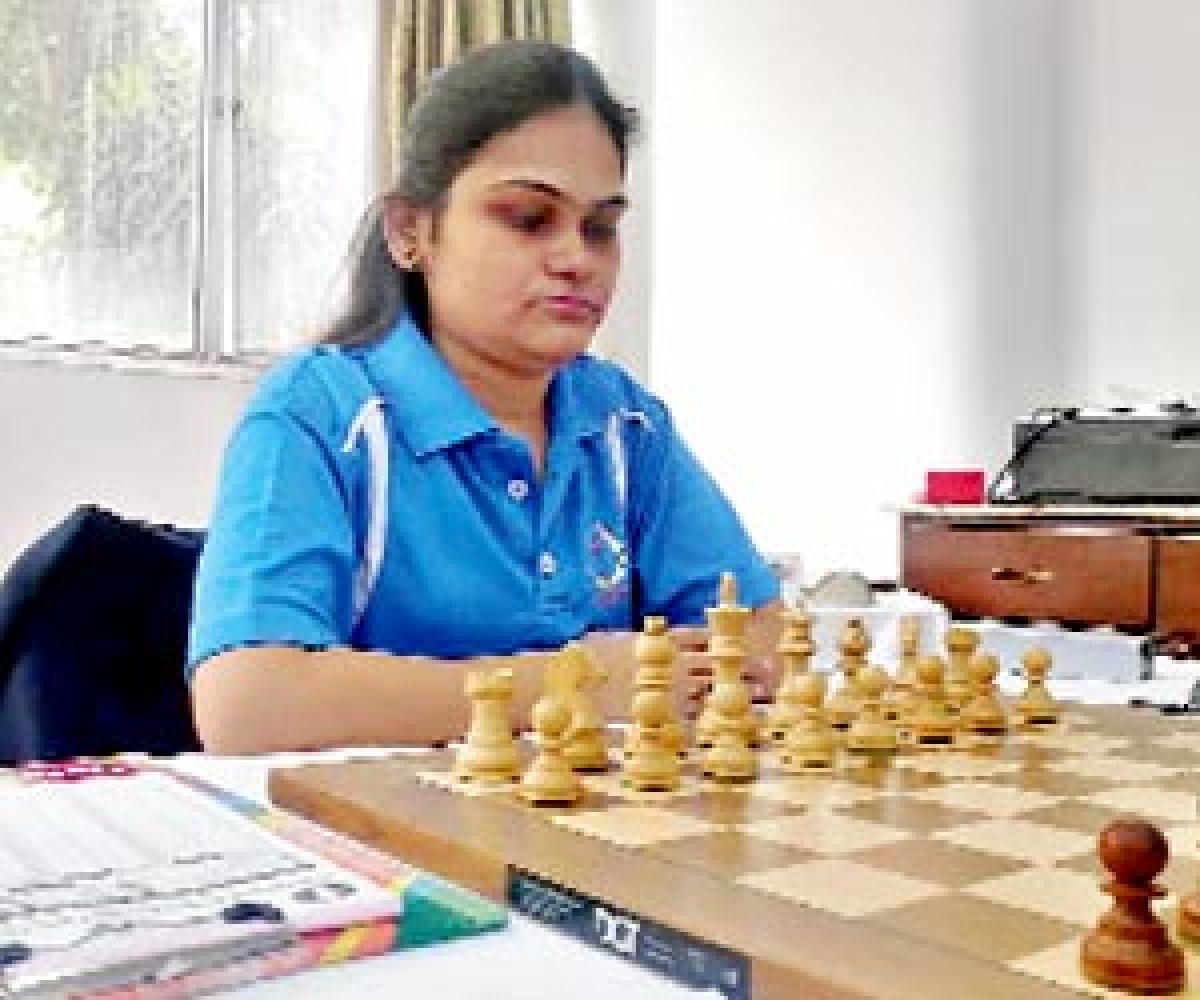 Having started off rather sedately with two draws in the first two games, Nisha, who hails from Kolkata was at the top of her game against Mahalakshmi and used her experience to the maximum to carve out a fine victory.

The day just produced one decisive game in the 12-player round robin championship that carries a total prize pool of Rs six lakh with the winner taking Rs 1.75 lakh in prize-money.

As a result of the drawing melee on the remaining five boards, S Vijayalakshmi and Padmini Rout continued to lead the tables despite drawing their third round encounter.

While eight rounds still remain to be played in the premier women event of the country, all eyes will be on Vijayalakshmi who is seeking her 7th title in the championship after a long hiatus.

The Chennai based is the second seed and seems in good touch to bring back her magic of the nineties when even the toughest opposition feared her. Up against Soumya Swaminathan in this round, Viajayalakshmi was a little worse but her position always remained in control.

Soumya Swamithan tried to convert her miniscule advantage in to a full point but realised soon enough that Vijayalakshmi, is a tough nut to crack.

For the third straight day, Padmini Rout was the last to finish her game making one wonder if the defending champion will hold her forte.

Padmini was worse in the middle game against her Odisha state-mate Kiran Manisha Mohanty but salvaged a draw.