Wriddhiman Saha, Parthiv Patel both to be part of Indian squad for Bangladesh Test? 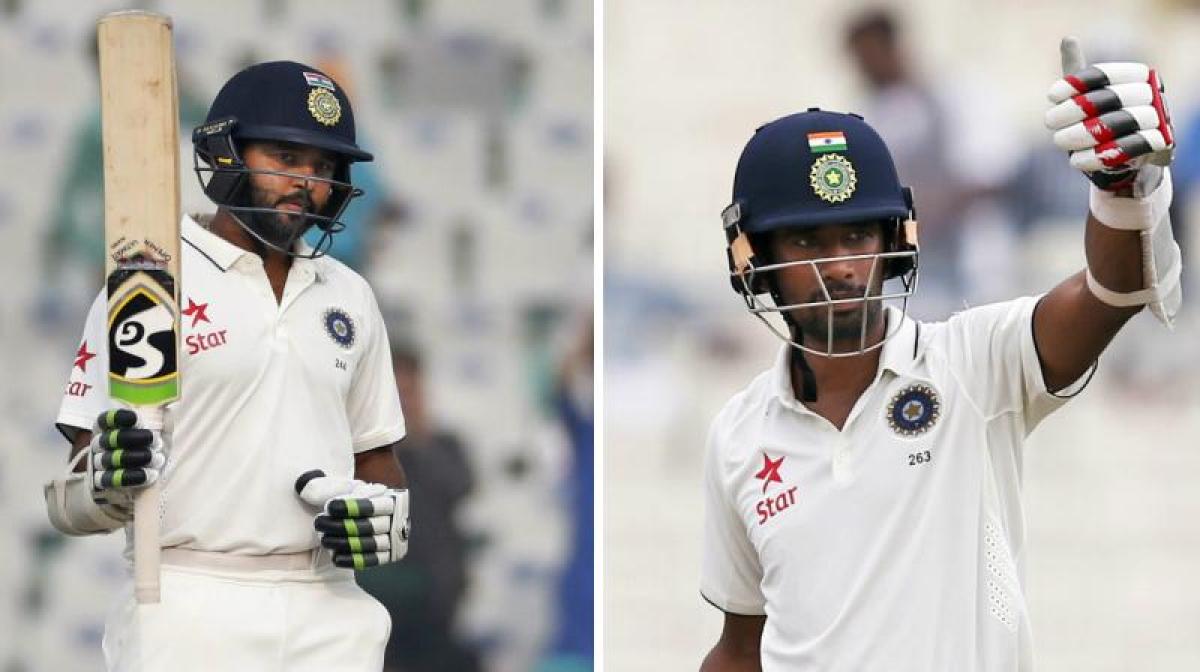 Fit-again wicketkeeper-batsman Wriddhiman Saha is expected to make a comeback into the Indian Test team as the national selection committee headed by MSK Prasad decides on the 15-member side for the one-off Test against Bangladesh, here on Tuesday.

Fit-again wicketkeeper-batsman Wriddhiman Saha is expected to make a comeback into the Indian Test team as the national selection committee headed by MSK Prasad decides on the 15-member side for the one-off Test against Bangladesh, here on Tuesday.

Wriddhiman was out with tendonitis after the second Test against England in Visakhapatnam but has made a strong comeback in domestic cricket with an unbeaten double hundred to guide Rest of India to Irani Cup triumph.

Chairman of selectors Prasad has recently declared that Wriddhiman is still India's "No 1 keeper in Tests" but the committee will certainly keep Parthiv Patel's recent form in mind.

With two half-centuries against England and his 90 and 143 in the Ranji Trophy final, Parthiv may just find a place in the final 15 for the match as it will be selector's way of showing that he has their confidence.

Jayant Yadav, Murali Vijay – both have recovered from their injuries. Jayant has already played two T20 matches in the Syed Mushtaq Ali Trophy against Punjab and Himachal Pradesh and will play the two-day warm-up game for India A which will test his bowling fitness in longer format.

The likes of KL Rahul, Cheteshwar Pujara, Chennai triple centurion Karun Nair are certainties in the side. Ajinkya Rahane, who also sustained a thumb fracture before the final Test is also expected to be back in the squad and it will be interesting because he will have to fight for a slot with Karun.

Hardik Pandya might take the all-rounder's slot while Mohammed Shami's rehabilitation is still on.

So in a nutshell one can expect six specialist batsmen – Kohli, Vijay, Rahul, Pujara, Rahane and Karun. The two all-rounders are expected to be Jayant Yadav and Hardik Pandya while Umesh Yadav, Bhuvneshwar Kumar, Ashwin and Jadeja will be the four specialist bowlers.

The fight for the 15th place will be likely between Ishant Sharma and Amit Mishra.