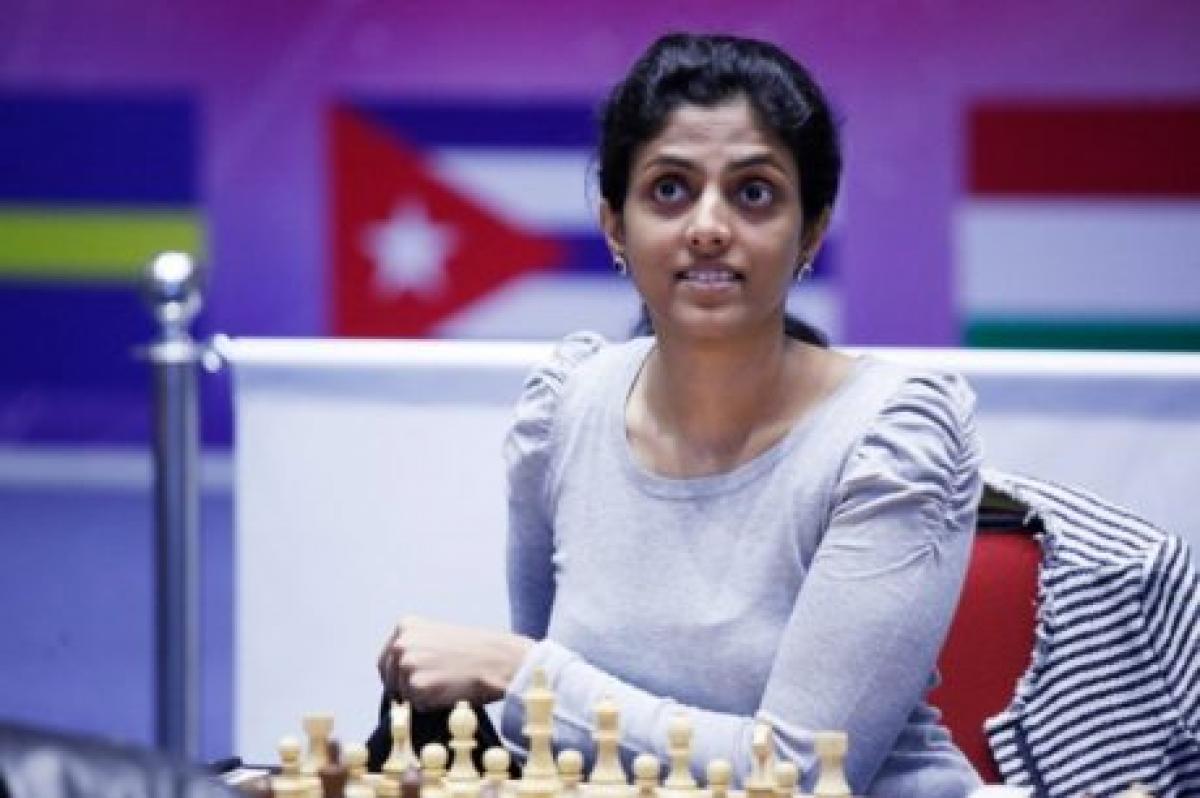 Indian GM Dronavali Harika won her third bronze medal in a row after a heartbreaking defeat against Tan Zhongyi of China in a semi-final tie-breaker at the World Women\'s Chess Championship.

Indian GM Dronavali Harika won her third bronze medal in a row after a heartbreaking defeat against Tan Zhongyi of China in a semi-final tie-breaker at the World Women's Chess Championship.

Harika missed several opportunities in the tie-breaker which was a battle of nerves. Tan will now play the finals against Anna Muzychuk of Ukraine.

Zhongyi had drawn black in the final game which had five minutes to white against four to black with a two seconds increment from move 61 onwards.

Both players played extremely fast and Harika had an extra pawn when she entered the queens and pawns endgame.

The extra pawn manytimes do not mean much but Harika missed a couple of golden opportunities to trade queens favourable which would have led to a victory quite easily.

Instead the Indian played on with queens for a long time and went down after 99 moves.

Earlier, Harika had started the day with a fine victory in the first game of the tiebreaker, winning in just 17-moves.

She could have drawn the second game itself to seal her entry to the finals but again fate was against her as she blundered from what was a drawn knights and pawns endgame.

In the second set of tiebreaker, Harika was lucky to survive though as she first lost as black and then was quite lucky to find a victory to level scores again.

The stage was set for blitz games there after wherein both games with five minutes and three seconds ended in draws leading to the final Armageddon game. The final scoreline for this semifinal was 5-4 in favour of Tan Zhongyi.

The USD 450000 championship will now have a six-game clash for the ultimate crown between Muzychuk and Zhongyi.

Harika will come back with a bronze medal for the third time. In 2012, Harika had lost the semi-final against Antoaneta Stefanova of Bulgaria while in 2015 she had lost to eventual winner Mariya Muzychuk of Ukraine.