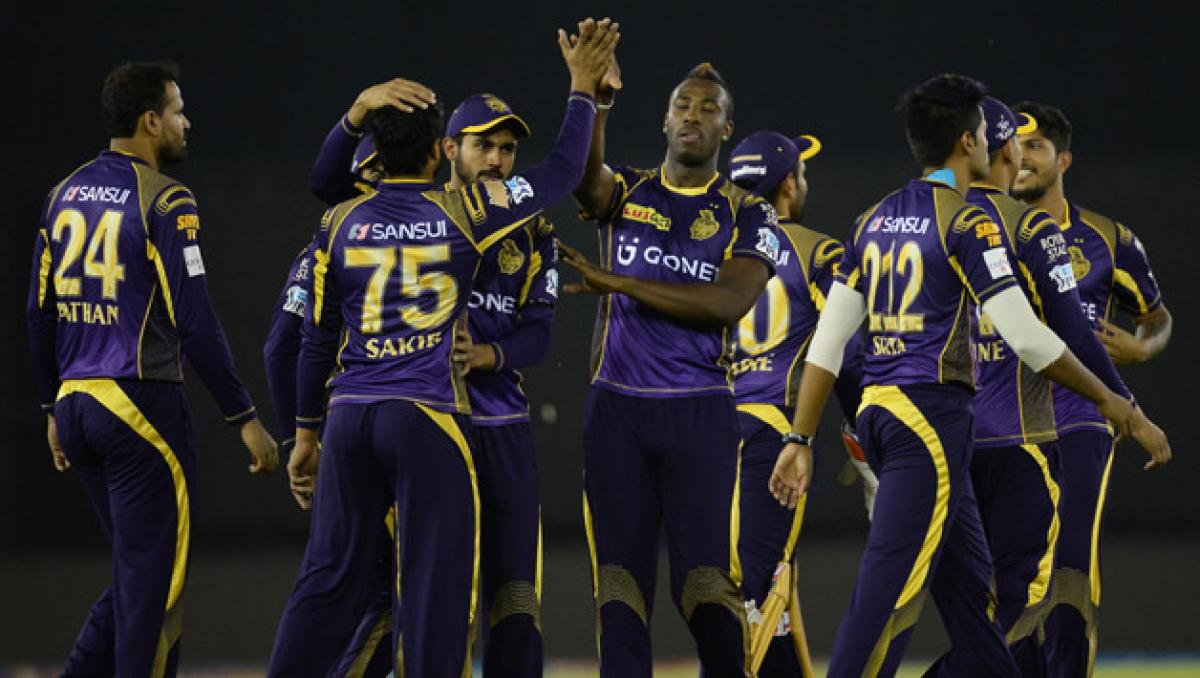 Sitting atop the points table, Kolkata Knight Riders would look to consolidate their position when they clash with an equally confident Delhi Daredevils in what promises to be a thrilling IPL encounter here tomorrow.

Sitting atop the points table, Kolkata Knight Riders would look to consolidate their position when they clash with an equally confident Delhi Daredevils in what promises to be a thrilling IPL encounter here tomorrow.

Having started their campaign on a high against Gujarat Lions, KKR lost to Mumbai Indians before making a strong comeback with back-to-back wins at home against Kings XI Punjab and Sunrisers Hyderabad.

Delhi, on the other hand, had a disappointing start to IPL-10 with a loss against Royal Challengers Bangalore, but bounced back with two consecutive wins -- both away and home -- and they would look to maintain the winning momentum tomorrow.

The massive wins against Rising Pune Supergiant and Kings XI Punjab must have sent strong signals to KKR camp. Playing at home would also add to Delhi's advantage but they will have their task cut out against KKR, this IPL's most consistent outfit so far.

Leading from the front, orange cap holder (for scoring most number of runs) and skipper Gautam Gambhir has shown his prowess and that has been one of the reasons for KKR's success. The left-handed batsman will be their key player yet again tomorrow.

While injured opener Chris Lynn would be missed, the likes of Robin Uthappa, Manish Pandey and Yusuf Pathan, if manage to fire in unison, can more than make up for the loss.

Despite a jittery start, Uthappa and Pandey (46) helped the team reach a challenging 172/6, before the spin trio of Kuldeep Yadav (1/23), Sunil Narine (1/18) and Pathan (1/2) gave vital breakthroughs to dent Sunrisers' chase.

KKR may also persist with Narine as an opener and hope he can contribute at the top of the order, like in the match against Punjab.

Their lethal bowling department has both quality spinners and pacers such as Umesh Yadav, Chris Woakes and Trent Boult, and KKR attack may make the going tough for Delhi's otherwise reliable batting line-up.

Delhi, however, have in their ranks Sanju Samson, the only centurion of IPL-10 so far, Sam Billings, Rishabh Pant, Corey Anderson and Chris Morris -- all of whom have managed to deliver so far.

While Pant's half-century in the first match, though in a losing cause, cannot be ignored, it was Samson's 102 and Morris' incredible 9-ball 38 cameo down the order that set the tone for Delhi as they posted a huge 97-run win over Pune.

That Delhi are dangerous opponents was evident from last night's emphatic win over Kings XI Punjab. It was a total team effort that saw Delhi thrash KXIP by 51 runs at Feroz Shah Kotla.

Billings returned to form with a superb 55, while Anderson's 39 not out helped the team score 188 for 8.

Their bowling, spearheaded by skipper Zaheer Khan, did the rest with Morris (3/23), Shahbaz Nadeem (2/13) and Pat Cummins (2/23), besides Anderson and Amit Mishra, chipping in with important scalps to restrict KXIP to 137 for nine in their run chase.

The hosts would only hope that the bowlers repeat their performance tomorrow, while their batsmen stand up and be counted.