Windies opt to bat in 2nd Test vs India 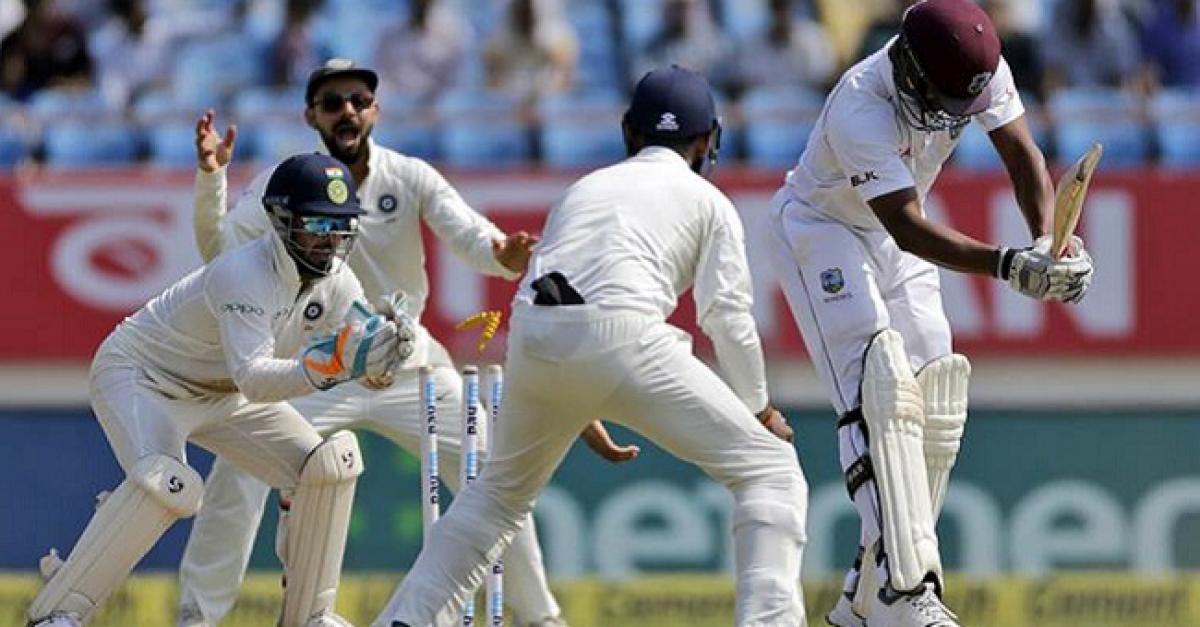 Hyderabad: West Indies have won the toss and opted to bat in the second and final Test against India at the Rajiv Gandhi International Stadium here on Friday.

Already 1-0 up in the two-match series after the innings and 272-run win in the first Test at Rajkot, India made one change to their playing XI by resting pacer Mohammed Shami and handing a debut to Shardul Thakur.

For the tourists, Jason Holder returned as captain in Keemo Paul's place while spinner Jomel Warrican came in for Sheman Lewis. However, there is no Kemar Roach in the West Indies playing XI.