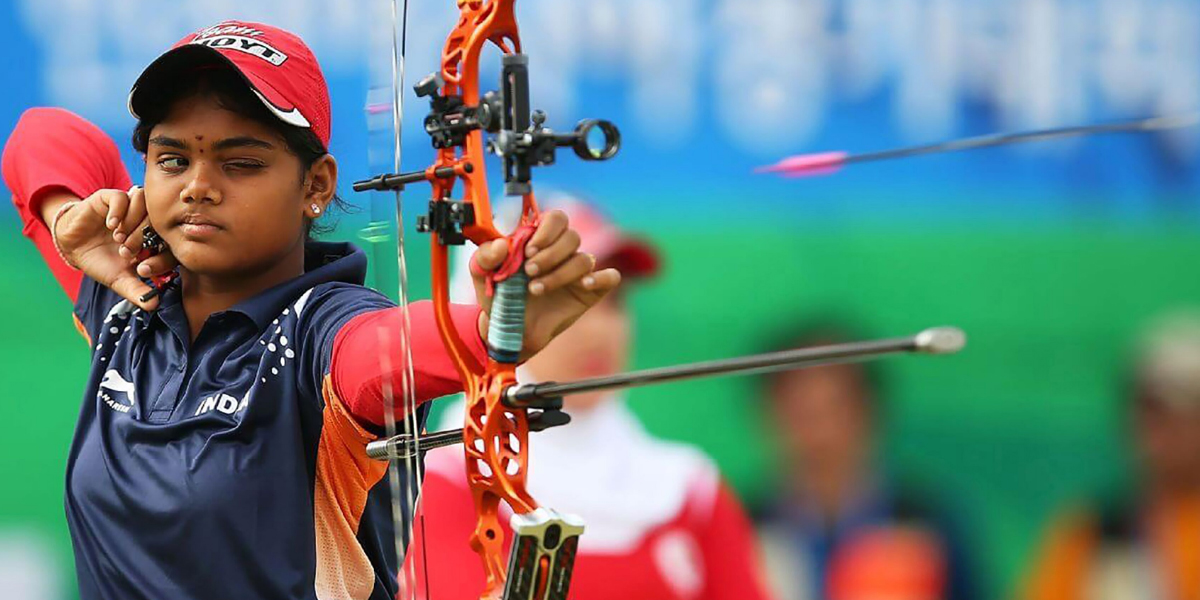 ​Kolkata: An administrative overhaul after more than four decades held out hope for the future but Indian archery was largely in a downward spiral this year save for Deepika Kumari’s comeback and some good performances in the compound category. The highs were achieved in the compound section in which the women’s team reached the pinnacle of world rankings for the first time in history with 22-year-old Jyothi Surekha Vennam leading the way.

The Archery Association of India, de-recognised by the Sports Ministry in 2012, finally held its elections and former IAS officer BVP Rao was elected president, ending Vijay Kumar Malhotra's reign which dated back to 1973. Subject to ratification by the Supreme Court, the outcome of the elections was a harbinger of hope for the sport that was facing the threat of being banned from the international arena. It remains to be seen if the new set-up heralds any concrete changes on the ground.

For the time being, without a national coach and regular training facilities, the recurve archers were using the Army's facility in Pune under their respective personal trainers. This reflected in their performances as well and they drew a blank at the Jakarta-Palembang Asian Games, in a repeat of the 2014 Incheon Asiad flopshow.

A quarterfinal exit by Olympian Atanu Das was the recurve archers’ best in Jakarta, as four of them -- Jagdish Chaudhary, Sukhchain Singh, Ankita Bhagat and Laxmirani Majhi -- failed to qualify for the main round. Team events were considered their forte once upon a time but the Indians mis-fired there too, finishing fifth, sixth and ninth in the women's, men's and mixed sections respectively.

There were four World Cups and a World Cup Final but Deepika Kumari was the lone bright spot for India in recurve archery. The performance doesn't inspire much confidence in their Olympic medal dreams. Deepkia, a four-time World Cup Final silver-medallist, clinched an individual World Cup gold for the first time since 2012 when she defeated Michelle Kroppen of Germany at the Salt Lake City stage. With that, Deepika qualified for the World Cup Final for the seventh time and she ended the season with a silver at the event in Samsun.

The male archers, who were once world No.1, never managed to take off, while the women's team was no good either. More than a dozen junior and senior archers were tried in the male team with Olympian Atanu Das being the only regular member. But none of them brought back the glory of the past. That their last World Cup gold medal came in 2010 Shanghai World Cup summed up the crisis the male archers are going through.

Thankfully it did not look that bad for the sport with the compound archers compensating for the pathetic recurve show. Vijaywada archer Jyothi, who was a regular member of the Indian women's team, had the most memorable year. Jyothi clinched three World Cup silver medals in the team events, including one at the Finals.

The women's compound team also bagged the Asian Games silver, upgrading their bronze medal finish in Incheon 2014. Jyothi, along with male counterpart Abhishek Verma, made for a formidable pairing in the compound mixed pair event, clinching four bronze medals from the four stages of the World Cup. The duo ended the year on a high with a World Cup Final silver in Samsun in the exhibition compound mixed pair event. The men's compound team, however, failed to defend their title at the Asian Games, returning with a silver, losing to South Korea in the shoot-off after the final scores were revised.

With no individual competition in the compound section and recurve archers drawing a blank, the Indians returned with two silver medals from the Asian Games -- a sharp decline from their one gold, one silver and two bronze count from 2014. With Olympics less than two years away, and the qualifications slated in 2019, the newly-elected body has a huge task on hand to revive the fortunes of the recurve archers.

Fortunately, not all is lost for them with the junior archers showing promise. The Haryana duo of Akash Malik and Himani Kumari had a promising outing at the Buenos Aires Youth Olympic Games where the former emerged as India's first ever silver-medallist in archery.

The 15-year-old son of a farmer, Akash, lost to Trenton Cowles of the USA in the final, while Himani made a pre-quarterfinal exit. Archery had its share of controversy too when national compound coach Jiwanjot Singh Teja was denied the coveted Dronacharya award for a case of “indiscipline”.

Having guided the Indian compound archery team to two silver medals in the Jakarta Asian Games, Teja later resigned as the national coach. There were some heartwarming moments as well with Deepika and Atanu announcing their engagement.