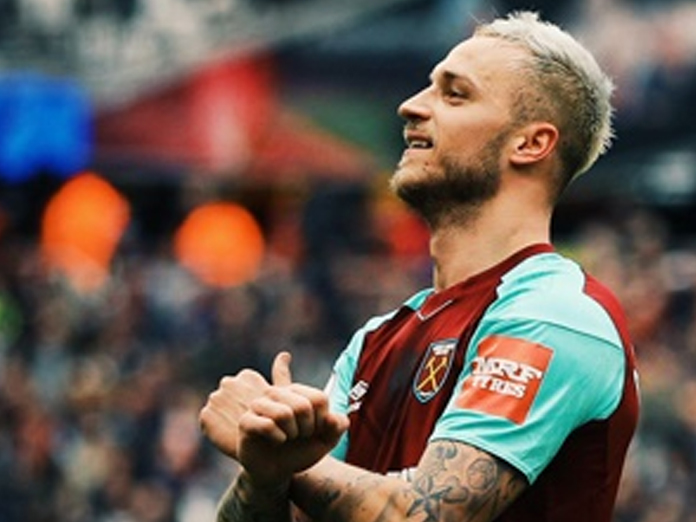 Shanghai: West Ham United forward Marko Arnautovic could be the next foreign star to move to China on big wages after he was the subject of a reported 35 million pounds ($44 million) offer from an unnamed club.

The Premier League side say the 29-year-old Austrian is not for sale, but his agent and brother Danijel says the player has a "great desire that West Ham accept the offer from China".

In response to the statement from the brother and agent of Marko Arnautovic this afternoon, the Club has issued the following: pic.twitter.com/6A2p3glFhg

Tottenham Hotspur's Belgian international Mousa Dembele has also been strongly linked with a transfer to the Chinese Super League (CSL), with Beijing Guoan said to be keen on the midfielder, though the club deny all knowledge.

AFP Sport picks out five major names currently playing in China and assesses how they have fared since moving to the CSL.

Became the most expensive transfer in Asian football history when the attacking midfielder quit Chelsea for Shanghai SIPG for about 60 million pounds two years ago. Endured a rocky first season, getting banned for eight games for starting an on-pitch brawl, but played a major role in his club winning the CSL for the first time, in the season that ended in November. Openly admits that he moved to China to secure his family's financial future.

Argentine defender-cum-midfielder Mascherano joined Hebei China Fortune a year ago from Barcelona. Now 34 and retired from international football, Mascherano has been linked with a return to his homeland after an unremarkable 12 months in China at mid-table Hebei. Always a feisty competitor, Mascherano picked up 10 yellow cards in 26 league appearances. He clocked up just a single assist and all the signs are that his legs have gone -- even if the spirit has not.

The bulldozer of a Brazilian forward, 32, has been a big success since signing for $65 million from Zenit St Petersburg in Russia in 2016. He averages better than a goal every other game for SIPG and captained the side last year to their first Chinese league title. A hugely popular figure, Hulk appears happy and settled in China, posting often on Chinese social media. Reported annual wages of $19 million help.

Enjoying his football again after reviving his career. Pato was touted as Brazil's next superstar when as a 17-year-old he shone for an Internacional side that beat Barcelona in the 2006 Club World Cup, breaking Pele's record as the youngest scorer in a FIFA competition. A move to European giants AC Milan followed but after initial success, injuries took their toll. Now 29, the forward is hoping for a recall to the Brazilian national side.

Yet another Brazilian, the 30-year-old international midfielder is back at Guangzhou Evergrande after a stint at Barcelona. Did not cut it at Tottenham Hotspur, but was an immediate success after signing for Guangzhou in 2015 and his form won him a transfer to Barcelona in August 2017. Represented Brazil at last summer's World Cup, then returned to Guangzhou after being deemed surplus to requirements at the Camp Nou. Nicknamed "Violent Bird" in China in a nod to his all-action style.