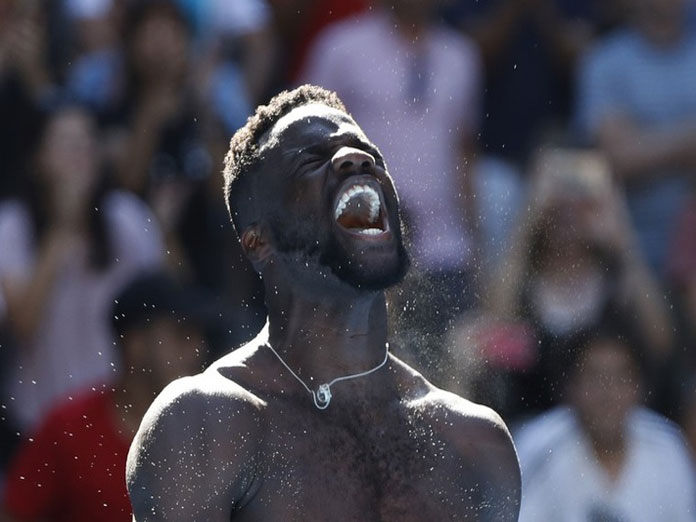 Tiafoe, the last American man standing at Melbourne Park, fended off four early break points in a sluggish start before taking his own opportunities on Dimitrov's serve to claim the opening set.

Former Melbourne semi-finalist Dimitrov had three sets points to draw level but Tiafoe refused to wilt under the pressure and reeled off five straight points to move two sets ahead.

Dimitrov, who has slipped just outside the top 20 in the world after early exits in his last three Grand Slams appearances, dug deep to fight his way back, claiming the third set in another tiebreak.

But Tiafoe was back on top in the fourth set, clinching a decisive break in the 11th game before serving out to seal a quarter-final against either Rafael Nadal or Tomas Berdych.