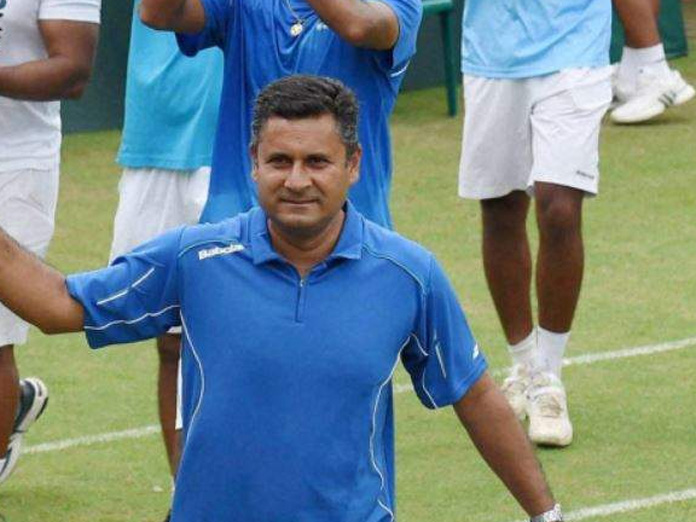 ​Kolkata: Davis Cup coach Zeeshan Ali Thursday said Indian players are fast acclimatising to the grass courts as they plot an upset win against higher-ranked Italy in next week's Qualifiers.

The Indian squad has checked in here more than a week early to get acclimatised to the surface as most of them last played on grass-courts at the Wimbledon last year. "It's one of the earliest, we've come in for a Davis Cup tie to acclimatise and get used to playing on grass. They all believe that they have a very good chance of winning this time," the India coach told reporters after a practice session. "I'm hoping that it's only going to get better from now on but as compared to yesterday, I can already see there's a huge difference in how they are hitting the ball. It's a good sign."

Prajnesh enjoyed one of the biggest wins of his career on grass when he beat then world number 23 Canadian Denis Shapovalov while Ramkumar Ramanathan also savoured the best result of his career on same surface as he made the final of the ATP 250 Hall of Fame Open in Newport, last year. In absence of top-ranked Fabio Fognini, Italy's challenge will be spearheaded by world number 18 Marco Cecchinato who had ousted Novak Djokovic en route French Open semifinals last year.

"Davis Cup means a lot to our players. Playing for the country means a lot to them and that's the kind of passion and fire that we want to see from our players when they step onto the courts Friday and Saturday." Zeeshan pointed out that India number one Prajnesh Gunneswaran is on an all time high after his career-changing Davis Cup in China in April last year. India pitted Prajnesh in the final rubber as the southpaw defeated reigning junior US Open champion Wu Yibing 6-4 6-2 to script a 3-2 victory from being 0-2.

From being world number 263 then, the 29-year-old now finds himself at 109 and Zeeshan said he's on the verge of breaking into top-100. "Definitely that was a very changing point in his career. He had the belief in himself that he could win the fifth match. Myself and Mahesh saw the fire, the belief in him. "That match gave him a lot of confidence and made him believe in himself that he can go out and play under tough conditions. 2-2, live rubber in Davis Cup is never easy. "It's been an incredible journey, having struggled earlier on in his career. He's made some amazing turnaround. He's very close to being the top-100 in the world. Maybe in another two or three tournaments, we would see him in the top-100," he said lavishing praise on Prajnesh.

As a player he always regretted not playing for India at his 'home' South Club,and now as a coach, an emotional Zeeshan wants to make it up for it by upsetting Italy. The 49-year-old had won his first three national championships at the South Club but never played Davis Cup here.

"It's like second home to me. But the surprising thing is that even after being on the Davis Cup team for about eight to nine years I've never played a tie in South Club," Zeeshan told reporters here. "Apart from the players, I'm also very very excited to be here and to do my bit. So for me it's a very emotional thing to be back, not as a player but as a coach." The premier 119-year-old team competition in men's tennis will return to the South Club for the first time since 2003 when India faced New Zealand.

Zeeshan said the courts at the South Club appeared on the "slower side" as they wait to train there from Monday onwards. With gallery work being done, the Indian team is training at the Calcutta Gymkhana Club. "We won't really know how it's playing till we go there on Monday, that's when we start practicing over there." Zeeshan hoped that the crowd would turn up in large numbers and back Indians.