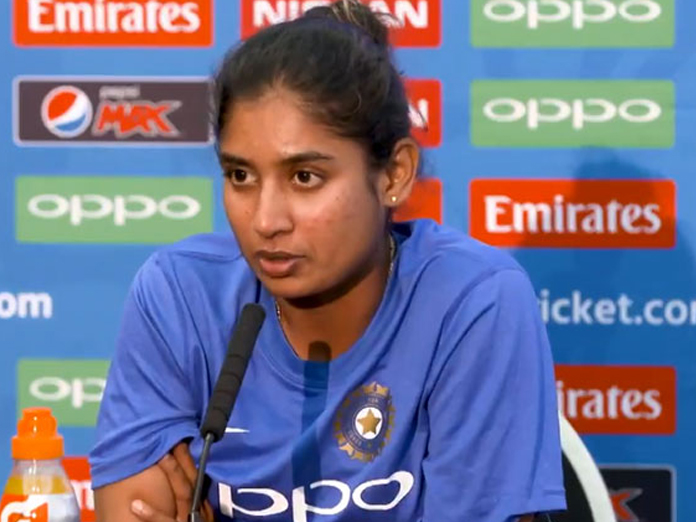 India Women team heavily depended on spinners in the middle overs and they have not disappointed in the series against New Zealands White Ferns, ODI skipper Mithali Raj said on the eve of the threematch T20I series, beginning on February 6

Wellington:India Women team heavily depended on spinners in the middle overs and they have not disappointed in the series against New Zealand’s White Ferns, ODI skipper Mithali Raj said on the eve of the three-match T20I series, beginning on February 6.

Spinners, who adapted to challenging conditions in the Kiwiland, helped the touring side clinch the ODI series by 2-1.

“It is good to see spinners bowling very well in the series because it is something lot of people have asked me earlier — how the spinners are going to be effective on this soil, in these conditions. India definitely has heavily depended on spinners in the middle overs and they have not disappointed in the series because when it came to the first two games, they controlled the middle overs and got those wickets for us,” Mithali told ANI.

With the third game against White Ferns on February 1, Mithali became the first-ever woman cricketer to play 200 one-day internationals.

The 36-year-old, who has seen the hard difficult days when women's cricket was not given the due, considers herself fortunate and grateful to have come so far, saying, “I have never seen this coming when I first took up the bat but yes it has always been an honour and pride to represent the country for so many years and seeing women's cricket go through the transition.”

“I have had made my debut under the WCI, now we are under the BCCI. Today where women cricketers are, I think young children can look up to them as role models. The standard in women’s game has improved vastly coming from say 150 to 200 to 300 total, it will only get better and better,” she said.

“I am thankful to all those people who have had played an important part in shaping my career. I will continue to invest in those reasons or the factors that have kept me going all these years whether it is adapting to different conditions or situations and of course the responsibility of the team. I have seen highs and lows, which I believe is part of a long career,” Mithali said.

India managed only one win when they last visited New Zealand in 2006, the first time the teams had ever played a bilateral ODI series in the Kiwiland. Now 13 years later, the only remaining players who can link to the tour of 2006 are India's two top cricketers Mithali and Jhulan Goswami.

Coming with a relatively new team and new setup, Mithali said, “Coming after 11 or 12 years a lot has changed over the years in terms of players, coming under the BCCI, under the ICC. The number of matches which has increased has only helped players who kind of have a form can continue it and players who are in search of a form will always have more matches that they can always get back to.”

The ODI skipper wanted to clean sweep the series by 3-0 as that would have put India Women at number two in the rankings. However, as the team still has two more series, Mithali is hopeful to gather more points.

India are slated to play three ODIs, part of ICC Women’s Championship, and three T20Is against England. The series will be hosted at the Wankhede Stadium in Mumbai on February 22, 25 and 28. The T20I series will be played at the Barsapara Cricket Stadium in Guwahati on March 4, 7 and 9.

“We are playing England at home, conditions will be favouring us. England are a good side, one of the top teams and they will give us a good fight. The Indian team is in a good form, momentum that we would love to carry in our home series.”

India Women and Men will begin their T20I double-header series against New Zealand’s White Ferns and Black Caps on February 6 at the Westpac Stadium in Wellington.