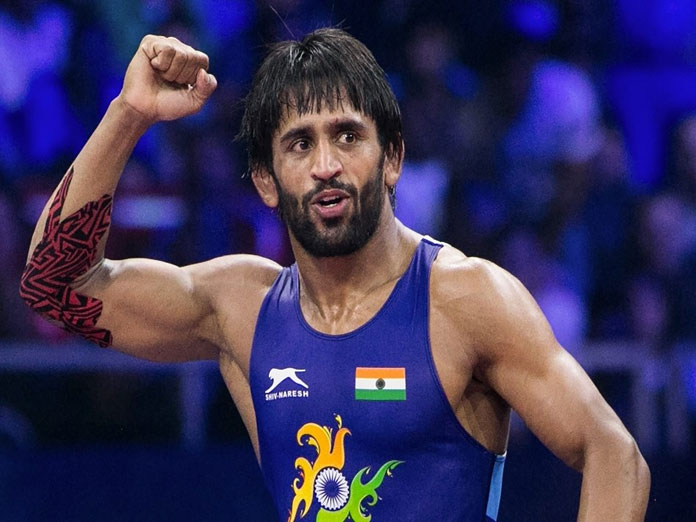 On Monday, Indias star wrestler Bajrang Punia made a winning debut in Germanys professional wrestling league the Deutsche Ringer Liga He is the first Indian to participate in the German league

New Delhi: On Monday, India's star wrestler Bajrang Punia made a winning debut in Germany's professional wrestling league - the Deutsche Ringer Liga. He is the first Indian to participate in the German league.

The 24-year-old was competing in the 67kg weight category. He turned up for VFK 07-Schifferstdat in the first leg of the final against SV Germania Weingarten and thrashed his opponent - Cuba's Alejandro Valdes Tobier - by a 17-2 margin.

Bajrang told, "I am happy to get off to a winning start. It was great to win my debut bout. I am thankful to my coach (Shako) Bentinidis for giving all the support."

Bentinidis, a Georgian, played a key role in getting Bajrang to participate in the German league. Through the German league, Bajrang is preparing for the upcoming qualification tournaments for the 2020 Tokyo Olympics.

"Till now, my performance in 2019 has been good and I am keen on maintaining that. I am training hard so that I can repeat what I did in 2018. In 2019, we have the World Championship, the main tournament, but before that, there is the Asian Championship.”

Bajrang further added, "The World Championship is very important because it is the qualification tournament for the 2020 Olympics. A medal there will help me qualify for the Olympics. I am making sure there are no shortcomings in my preparations.”

Bajrang's personal coach, Bentinidis, who joined him in mid-2018, is also focused on the Olympics. "It is important to give him (Bajrang) competition against the best wrestlers of the world. He should be ready in time for the Olympics," he told.

The second leg of the final will be held on February 9 in Weingarten. Bajrang will next head to Ruse in Bulgaria to take part in the Dan Kolov-Nikola Petrov International Wrestling Tournament, which will take place from February 28 to March 3. It will be a ranking series tournament.