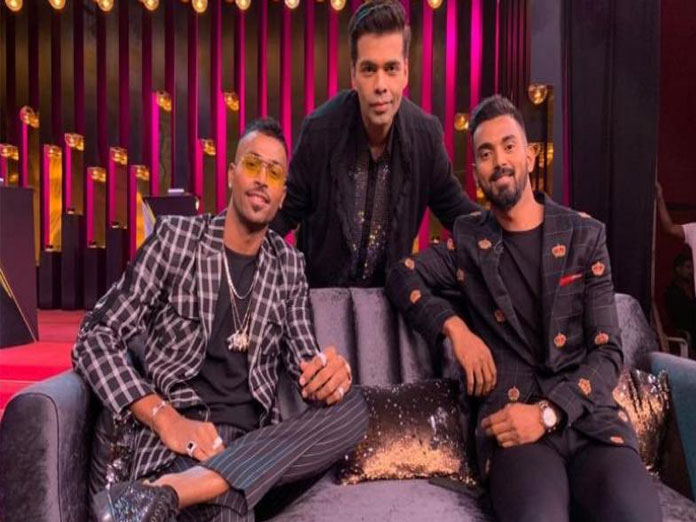 An FIR has been registered against Hardik Pandya, K L Rahul and Karan Johar for their controversial remarks on a celebrity chat show.

Jodhpur: An FIR has been registered against cricketers Hardik Pandya and K L Rahul and filmmaker Karan Johar for their controversial remarks against women on the celebrity chat show 'Koffee With Karan'.

The case has been registered by D R Meghwal at a police station in Luni in Jodhpur under various sections of the Indian Penal Code.

Pandya and Rahul were previously suspended by the Board of Control for Cricket in India (BCCI) for their misogynist comments on the show.

Pandya, who shared the couch with Rahul on the latest episode of Karan Johar's show, faced backlash for what netizens termed 'sexist' and 'disrespectful' remarks on women.

On the show, he bragged about not asking the names of women at parties and how he watched them move on the dance floor.

Later, Pandya took to social media and apologised for the remarks saying he "may have got a bit carried away with the nature of the show".