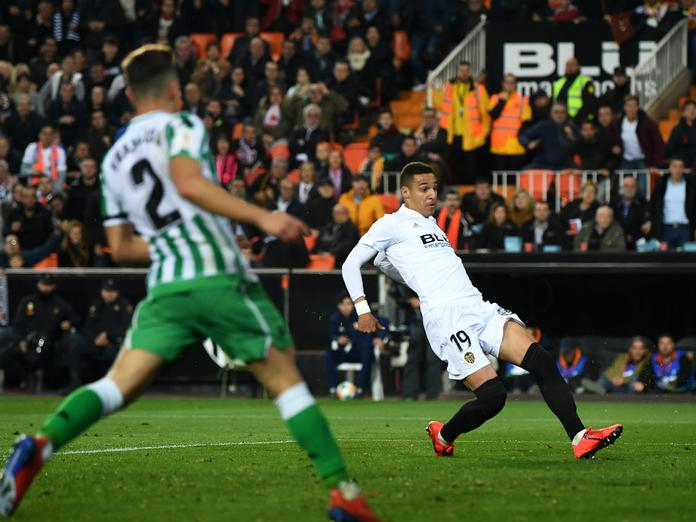 Madrid:Valencia set up a Copa del Rey final clash with Barcelona on Thursday as Rodrigo's second-half goal sealed a 1-0 second-leg win over Real Betis at the Mestalla.

A 2-2 first-leg draw had given Valencia the edge as they looked to deny Betis a home final on May 25, and Marcelino's men put in a solid performance to reach a first major final since winning the competition in 2008.

"We have suffered a lot this season and the team deserved this reward, we have had very difficult moments," Marcelino told Spanish television.

"We deserve better than the results show. There have been many draws, a few defeats. We are always competitive."

Marcelino's Valencia struck first in the 56th minute as Kevin Gameiro teed up Rodrigo to lash in his fourth Copa goal of the campaign after his stunning quarter-final hat-trick against Getafe.

Betis, who had let a 2-0 lead slip in the first leg, struggled to put Valencia under any pressure, with Loren's late header wide the closest they came as the hosts ran out 3-2 aggregate winners.

On Wednesday, Barcelona moved to within one win of a record fifth successive Copa del Rey with a clinical 3-0 victory over Real Madrid in the first of two Clasicos in four days.

Real were wasteful at the Santiago Bernabeu as they looked for an aggregate lead after a 1-1 first-leg draw, and a late Luis Suarez double and Raphael Varane's own goal made them pay.