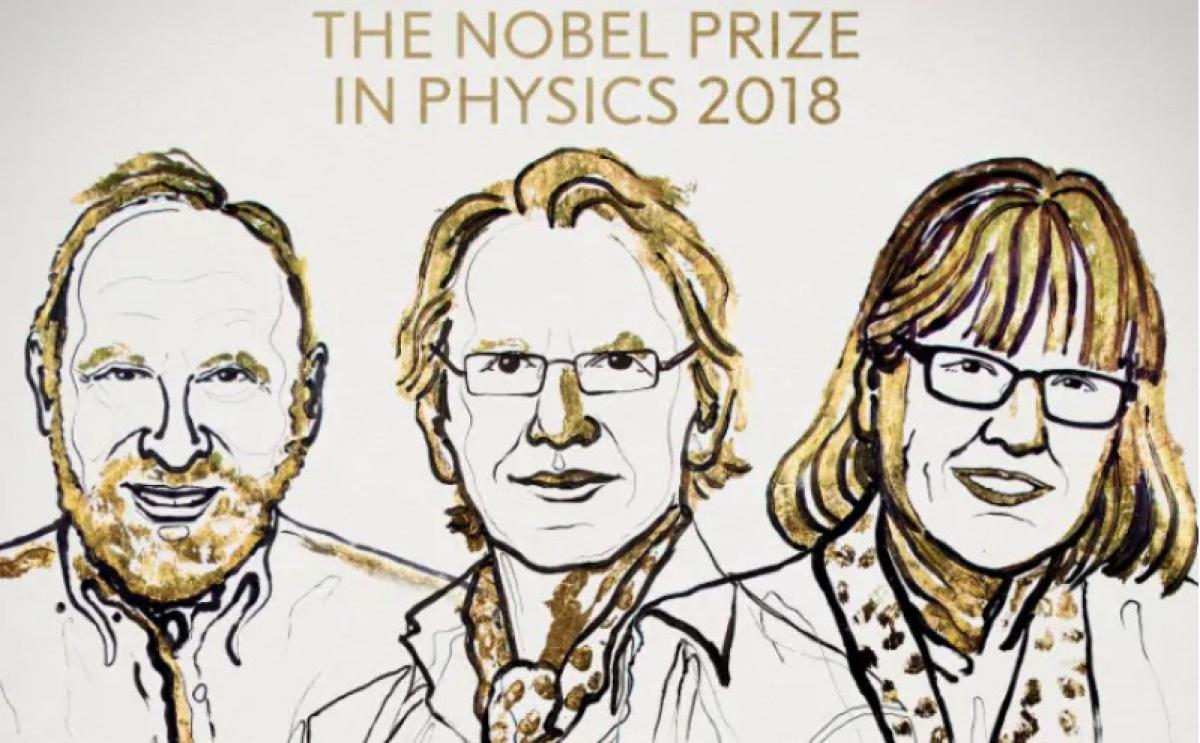 The Nobel Prize for Physics has been awarded to a woman for the first time in 55 years, just a day after a scientist at Cern was suspended for claiming the discipline was built by men

The Nobel Prize for Physics has been awarded to a woman for the first time in 55 years, just a day after a scientist at Cern was suspended for claiming the discipline was ‘built by men.’

Prof Donna Strickland was one of three who will share the prize, the first female to achieve the accolade since Maria Goeppert-Mayer in 1963 and only the third woman in history. The first being Marie Curie.

“We need to celebrate women physicists because we’re out there, and hopefully in time it’ll start to move forward at a faster rate,” she said on a phone call to the press conference.

“I’m honoured to be one of those women.”

The announcement that a woman had been awarded the prize for physics comes just a day after Italian scientist Professor Alessandro Strumia was suspended by Cern for saying that "physics was invented and built by men" in a talk.

Cern said it was reassessing its relationship with the researcher and wiped his slides from its website.

Commenting on today's announcement, Jim Al-Khalili, the president of the British Science Association, said: “It is quite shocking to know that she is only the third woman to win a Physics Nobel, ever.

"It is also quite delicious that this comes just a few days after certain controversial and misogynistic comments made at a conference at CERN about women in physics.”

Prof Strickland was honoured, alongside Dr Gerard Mourou of France, for their work in creating the shortest and most intense laser pulses ever created by mankind, which are now used in laser eye surgery to restore vision for millions of people.

The prize was also awarded to Arthur Ashkin, 96, for his invention of "optical tweezers" that grab particles, atoms, viruses and other living cells with their laser beam fingers.

At 96, Prof Ashkin is the oldest person to ever win a Nobel, and will share the nine million Swedish kronor (about $1.01 million or 870,000 euros) prize with Prof Strickland and Dr Mourou.

Ashkin told the Nobel committee that he may not be able to give any interviews because “he is very busy with his latest paper.”

Prof Olga Boner, Chair of the Nobel Committee said: “Over the past six decades lasers and laser based devices have become indispensable.

“Billions of people make daily use of optical disc drives, laser printers and barcode scanners. Or are entertained by amazing laser light shows.

“Millions undergo laser surgery or laser skin treatment. The laser is truly one of the many examples of how a so-called blue sky discovery in fundamental science eventually may transform our daily lives.”

Last year, US astrophysicists Barry Barish, Kip Thorne and Rainer Weiss won the physics prize for the discovery of gravitational waves, predicted by Albert Einstein a century ago as part of his theory of general relativity.

On Monday, two immunologists, James Allison of the US and Tasuku Honjo of Japan, won this year's Nobel Medicine Prize for research into how the body's natural defences can fight cancer.

The winners of the chemistry prize will be announced on Wednesday, followed by the peace prize on Friday.