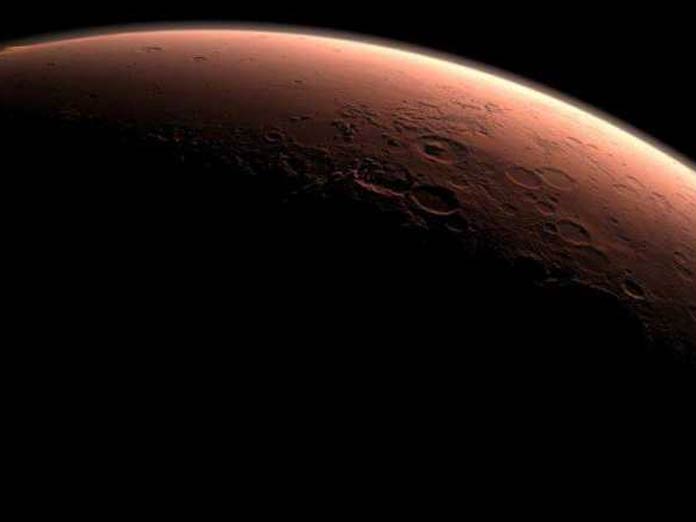 NASAs golfcartsized Opportunity rover has completed 15 years of its touchdown on the surface of Mars, the US space agency said

WASHINGTON: NASA's golf-cart-sized Opportunity rover has completed 15 years of its touchdown on the surface of Mars, the US space agency said.

The six-wheeler rover landed in a region of Mars called Meridiani Planum on January 24, 2004, sending its first signal back to Earth from the surface of the Red Planet.

The rover, which went silent since a global dust storm last June, was designed to travel 1,006 metres and operate on the Red Planet for 90 Martian days (sols), NASA said in a statement.

"Fifteen years on the surface of Mars is testament not only to a magnificent machine of exploration but the dedicated and talented team behind it that has allowed us to expand our discovery space of the Red Planet," said John Callas, project manager for Opportunity at NASA's Jet Propulsion Laboratory (JPL) in the US.

"However, this anniversary cannot help but be a little bittersweet as at present we do not know the rover's status," said Callas.

"We are doing everything in our power to communicate with Opportunity, but as time goes on, the probability of a successful contact with the rover continues to diminish," he said.

Opportunity's last communication with Earth was received on June 10, 2018, as a planet-wide dust storm blanketed the solar-powered rover's location on the western rim of Perseverance Valley, eventually blocking out so much sunlight that the rover could no longer charge its batteries.

Although the storm eventually abated and the skies over Perseverance cleared, the rover has not communicated with Earth since then, according to NASA.

However, Opportunity's mission continues, in a phase where mission engineers at JPL are sending commands to as well as listening for signals from the rover.

If engineers hear from the rover, they could attempt a recovery, the US space agency said. Opportunity and its twin rover, Spirit, launched from Cape Canaveral, Florida, in 2003.