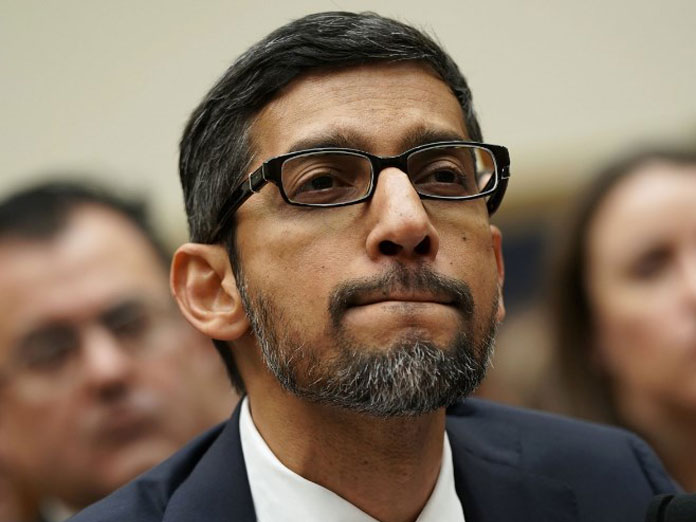 Employee confidence in Google CEO Sundar Pichai and his leadership team is reportedly at a six-year low.

74% of Google employees responded "positive" when asked if they are confident that CEO Sundar Pichai and his management team can "effectively lead in the future." The remaining employees responded either "neutral" or "negative" according to an internal survey report. That 74% "positive" response in the 2018 survey - which is known internally as Googlegeist - is low from 92% from last year.

According to the report in 2018 employee satisfaction with compensation also took a hit. The survey showed 54% of employees were happy with their pay, as opposed to 64% the previous year. (Google's median pay is $197,000, which is the second-highest only to Facebook among major Tech Companies)

These reducing numbers could help explain why an internal HR presentation from 2016 - which floated ideas for cost-cutting initiatives - went viral amongst Google employees over the past few weeks, the report suggests.

The presentation proposed plans which included promoting few people, converting full-time employees to contractors, and making sure the company was paying benefits "only to the right people." These more drastic suggestions were not implemented, though some ideas, like getting rid of the employee holiday gift in favour of a charitable donation, did come to pass. At an all-hands meeting to discuss compensation, Pichai and Prasad Setty, Google's vice president of people operations, apologized for the presentation, according to the reports.

Pichai told employees he had never seen the document and would have rejected the controversial suggestion of cutting promotions by 2% if it had crossed his desk. According to reports, employees were pleased with Pichai's response, and the chief exec was praised on internal messaging systems after the meeting.

This sharp decline in confidence and satisfaction from Googlegeist survey should be a concern for Pichai and his team, as it comes amid a year full of employee discontent and protest.

As we all are aware in the month of June last year, about a dozen Google employees resigned in protest over the company's contract to provide artificial intelligence technology to the Pentagon. In the month of November, 20,000 employees around the world walked out to protest the company's handling of executive sexual misconduct cases.