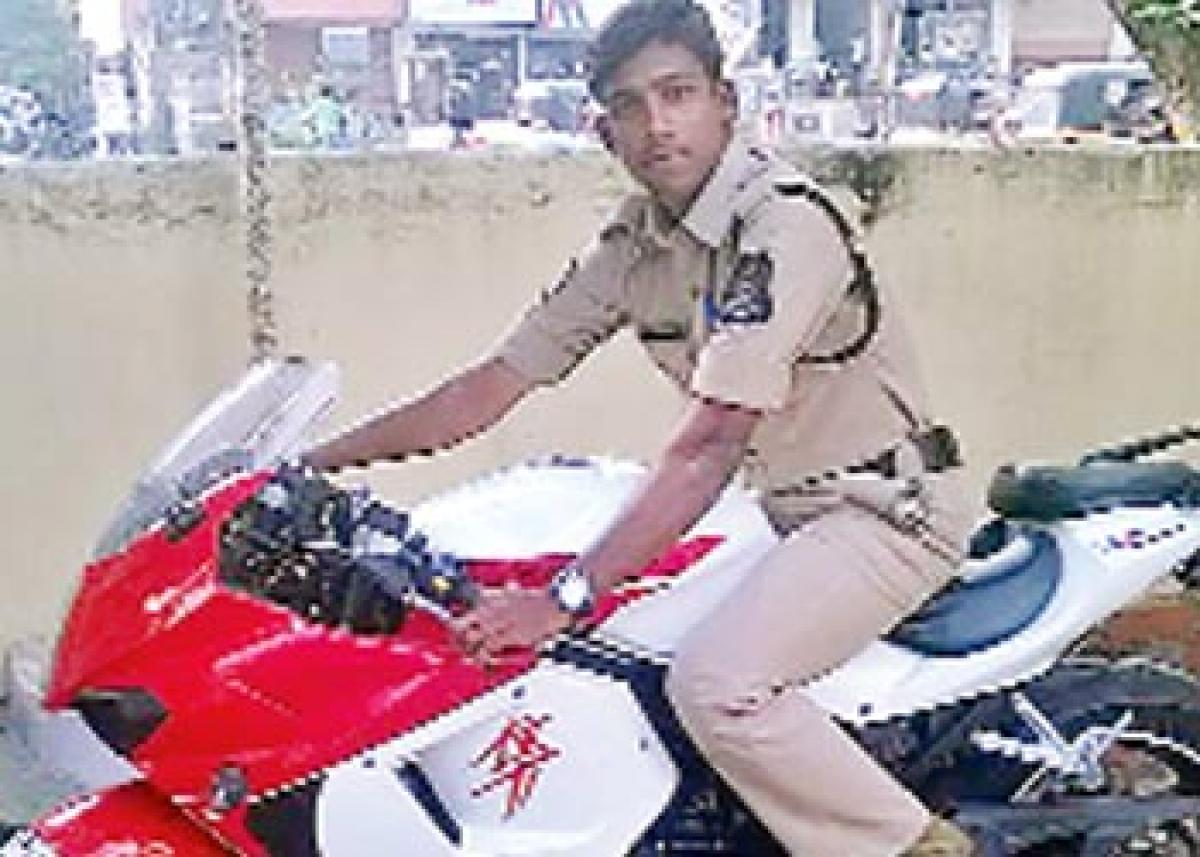 n an act of bravery, Sreenivas, a 25-year-old police constable from Bahadurpura police station succumbed to severe burns while attempting to save devotees from getting electrocuted during a minor stampede at a temple in Hyderabad on Monday.

Hyderabad: In an act of bravery, Sreenivas, a 25-year-old police constable from Bahadurpura police station succumbed to severe burns while attempting to save devotees from getting electrocuted during a minor stampede at a temple in Hyderabad on Monday.

The incident happened at around 2 pm on Monday as hundreds of devotees turned up to offer prayers on the occasion of Maha Sivaratri at Kasibugga Mandir in Bahadurpura police station limits. A commotion followed by minor stampeded took place at the temple and an electric wire got snapped and fell in a small tank in the temple.

As public ran helter-skelter, police constable Sreenivas, who was posted at the temple, rushed to rescue the devotees from falling in the tank. In the melee, he slipped in to the tank and got electrocuted.

After disconnecting the power supply, fellow policemen dragged an unconscious Sreenivas out of the tank and rushed him to Osmania General Hospital, where doctors declared him brought dead.

On learning about the death of the police constable, city police commissioner M Mahender Reddy visited the mortuary and consoled Sreenivas’ family members and assured to extend support to his family members.

Talking to the media, the commissioner said police constable Sreenivas Naik, who was working in Bahadurpura police station, was posted on bandobust duty at the temple on Monday. In an attempt to save the lives of devotees, Sreenivas lost his life.

“He (Sreenivas Naik) was very sincere and committed towards work. He was very enthusiastic and dynamic. It is very sad that we lost a great policeman. Hyderabad City Police express deep condolences to his family members and we promise to stand by his family and support them in all possible ways,” the commissioner said.

Sreenivas had joined the police service in 2014. As both his parents were dead, he was staying with his elder brother Laxman Naik, who works as a lecturer in a private engineering college. He has an elder sister who is married and a younger sister who is pursuing her studies.