Musi river to get makeover 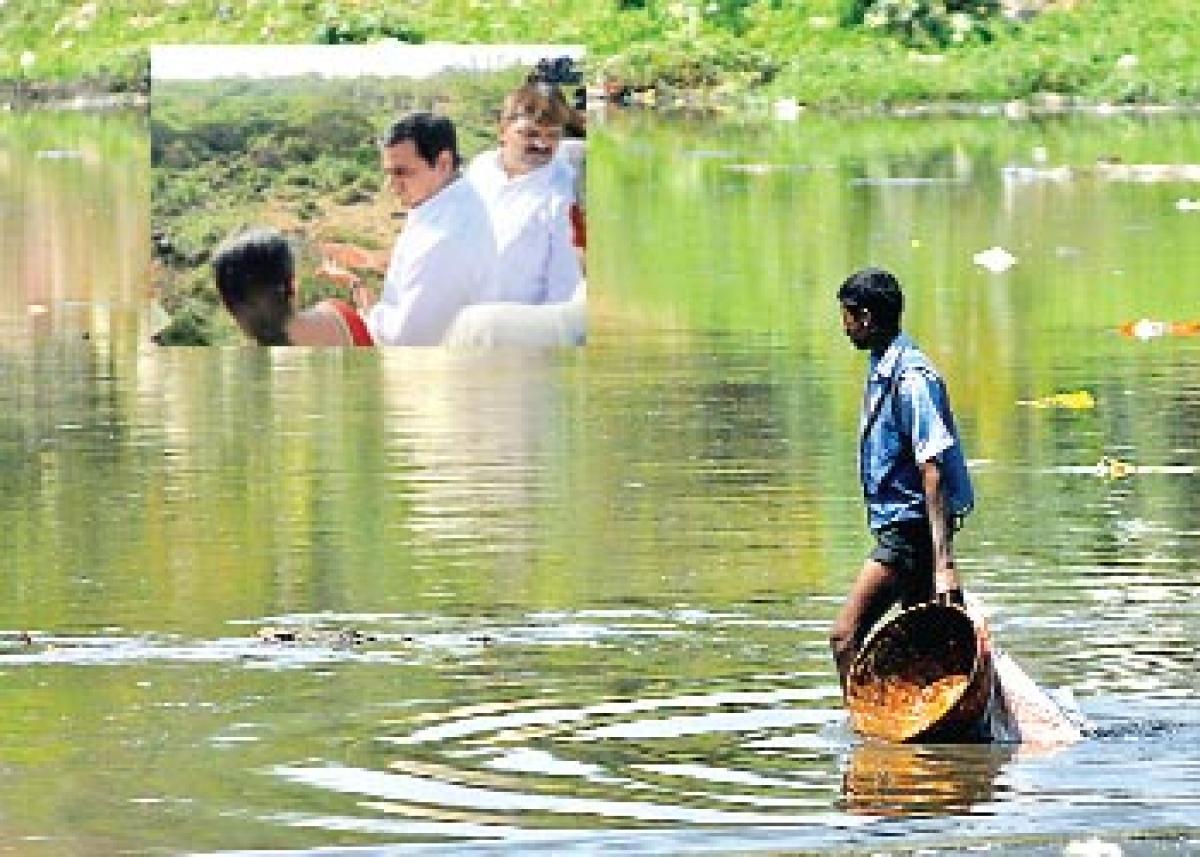 The Minister, who inspected the Musi, along with officials, said proposals would be sent to Nabard seeking Rs 3,000 crore under the Green Climate Fund (CGF).

On the east-west river corridors, an expressway would be built. A report would be submitted to Chief Minister K Chandrashekar Rao within 10 days on the expressway, he said. A meeting of construction firms in the country would be held on March 15 to explain development projects to be taken up in the State.

He said the green cover would be improved in the river’s ayacut region. To get rid of the toxins released into the river through 51 nalas, more sewerage treatment plants would be set up, he said and assured the people to adhere to transparency in public works’ implementation.

The river beautification works were completed at Uppal Bhagat Layout. Reports are being prepared for implementing development works in the upper reaches of the river up to a distance of one kilometer under the aegis of the HMDA and GHMC commissioners.

The Minister said the government was keen on restoring the past glory of the Musi, which flows for a distance of 30 km in the city. In fact, 93 per cent of the 1,250 MLD of sewerage water is getting discharged into the river. Ten more sewerage treatment plants will be constructed.

The river will be cleansed in such a way that clean water flows in the river for at least one or two kilometers. The river would have clean drinking water from Manchirevula to Bapu Ghat in the city.

Earlier, Rama Rao inspected Uppal Bhagawat Layout and the proposed STP at Amberpet, where he reviewed Musi development plans with the help of a power-point presentation.