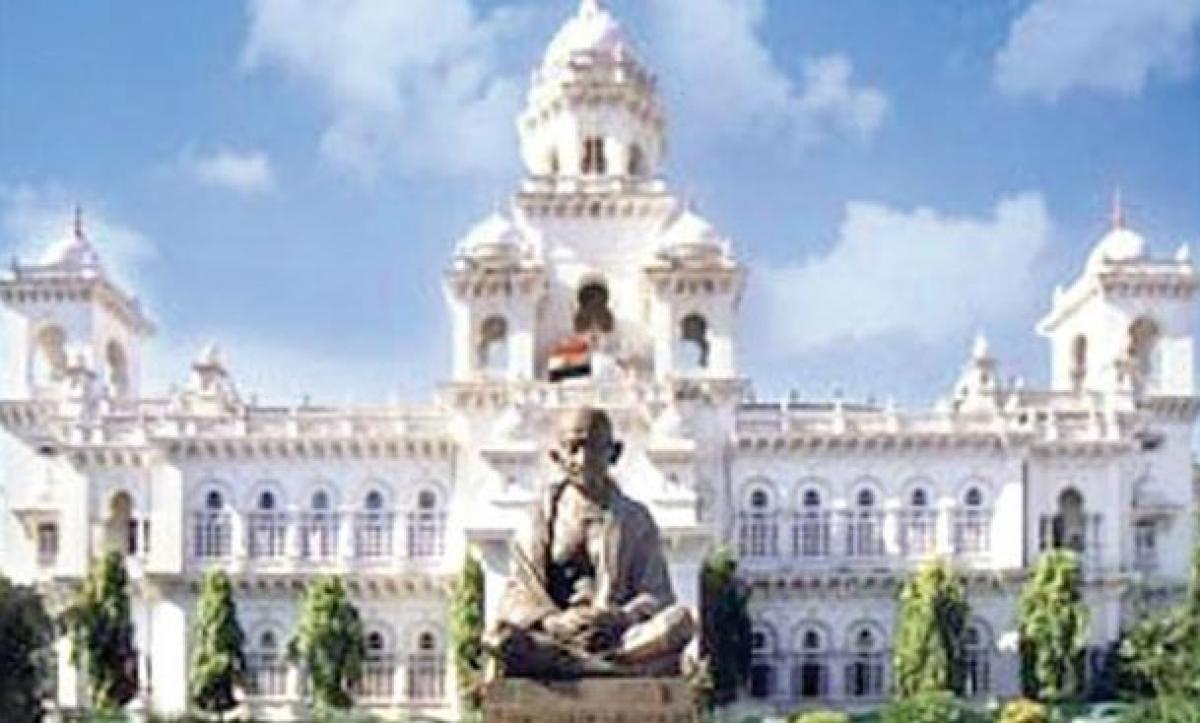 Opposition members registered their protest over the government’s decision to initiate debate on the demands for grants without tabling copies of demands resulting in the adjournment of the Assembly on Sunday.

Hyderabad: Opposition members registered their protest over the government’s decision to initiate debate on the demands for grants without tabling copies of demands resulting in the adjournment of the Assembly on Sunday. As Ministers moved the demands for grants for 2016-17 and the Speaker announcing the start of a debate, MIM floor leader Akbaruddin Owaisi questioned how a debate could be initiated when Ministers themselves admitted that no copies of the demands were tabled.

He said a debate usually started a day after the copies were tabled and the members would get a day's time to study and initiate a meaningful talk on the issues. He said that there might be geniuses in TRS to talk on the issue immediately, but the Opposition members needed time for preparation before they could speak on the subject.

He suggested the Speaker to allow a TRS member to talk and then adjourn the House. TDP floor leader A Revanth Reddy said since the drought issue was important, the speaker should continue the discussion on the same subject and urged him to inform the Chief Minister to be present in the House during the discussion on drought.

CPM leader Sunnam Rajaiah said since welfare was a vast issue, the government should postpone the discussion to another day. Speaker S Madhusudanachary then asked TRS member G Balaraju to speak. Suddenly, the entire Opposition protested and questioned the move to start a debate without giving copies of the demands. At this point, Panchayat Raj Minister K T Rama Rao asked the Opposition members to cooperate with the chair and not interrupt when a ruling party member was speaking.

“You cannot obstruct a member while he is speaking,” he said. Responding to the Minister's intervention, Akbaruddin Owaisi said, “As a senior member, I cannot be party to an exercise. I will walk out of the House.” BJLP leader Laxman too urged the government not to take it as a prestigious issue and sort out by calling a meeting of the floor leaders and said they would not be party to the precedent. The speaker then adjourned the House for tea break at 12.23 pm. Later, after the House assembled, TRS member G Balaraju spoke on the demands for grants.