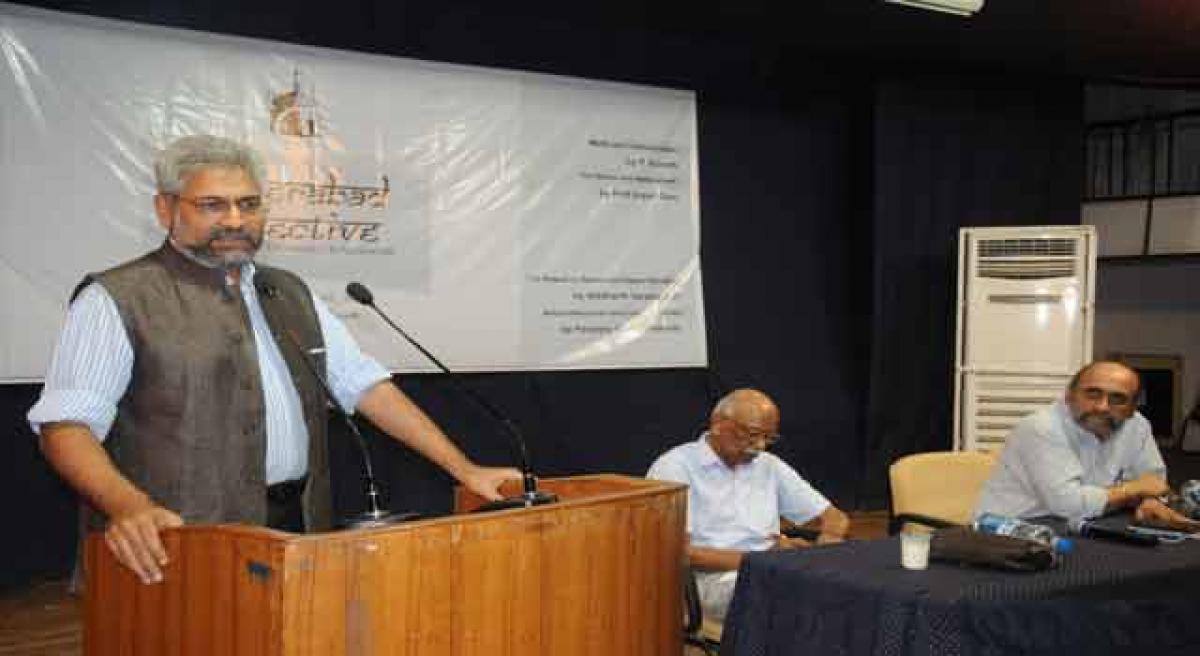 Prominent journalist Siddharth Varadarajan on Friday called upon people to be vigilant against the forces that were mounting an assault on higher education in the country.

​Hyderabad: Prominent journalist Siddharth Varadarajan on Friday called upon people to be vigilant against the forces that were mounting an assault on higher education in the country.

Delivering a lecture on the second day of the two-day programme organised by the Hyderabad Collective here, he said “the taxonomy of reason, rationality, goodwill and the like were under attack,” and it was “time to call spade a spade”.

He cited different instances that took place in various parts of the country, including the institutions of higher learning, since the BJP government came to power.

He said the government led by Prime Minister Narendra Modi was taking a different stand on the history at different times. "When it comes to bringing back Kohinoor diamond from the United Kingdom, the government takes a U-turn and says that the precious stone was not stolen but was gifted," he said.