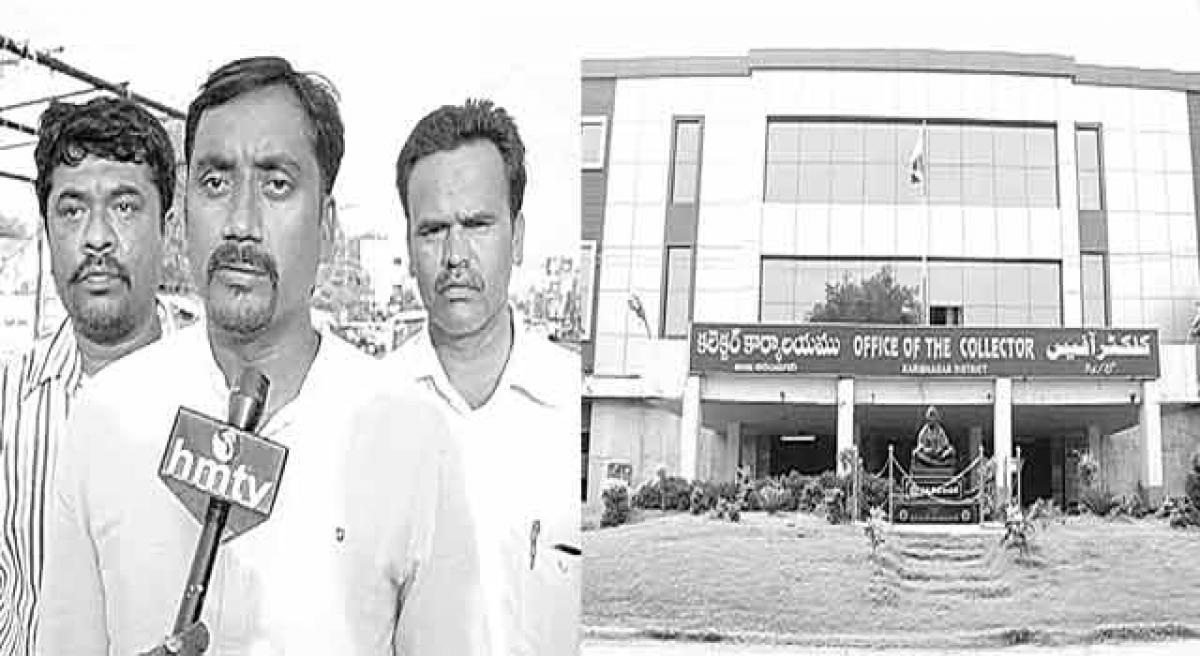 Over 7,000 government employees in Karimnagar district have been given either ration cards or food security  cards without any inquiry, when common people face innumerable problems in securing them, as questions of their eligibility, possession of four-wheeler arise.

​Karimnagar: Over 7,000 government employees in Karimnagar district have been given either ration cards or food security cards without any inquiry, when common people face innumerable problems in securing them, as questions of their eligibility, possession of four-wheeler arise.

Among the beneficiaries are officials of various state departments besides 192 railway staff. Shockingly, half of them did not use the food security cards. The man on the street has to make countless number of trips to secure the card, face months of inquiries, where as the government staff has been found to be lucky, as they have been bestowed with this favour.

These employees earn five-figure salaries, yet they have stooped to take advantage of the government largesse like essential commodities for nearly two-and-a-half years, thanks to the alleged collusion of officials at the division and mandal level. In the process crores of rupees of public money has been wasted, as the benefits have gone to ineligible persons.

This episode came to light during an inquiry conducted into the allotment of health cards. The Civil Supplies Department had written to various government wings to compulsorily submit details of the Aadhaar cards and other relevant information of the employees’ family members.

The details submitted by the staff of the Animal Husbandry, Agriculture, Police, Education departments, besides RTC, have been submitted to the NIC for scrutiny. When the details were linked to the food security card list of beneficiaries, the sordid episode got exposed. Ahmed, a local leader, expressed his disbelief over the callous attitude of the officials concerned.

“When a common man needs something, officials cause hardship in the name of rules. But here, how could they issue cards without any enquiry?” he questions. Imran, another party worker of a Left outfit demands suspension of the persons who got the cards.

Normally a person holding a government job, a four-wheeler, an annual income of over Rs 2 lakh, own house measuring 750 sq yards or drawing pension is not eligible for the card. None of these conditions have been made applicable to the 7,000 government employees. Following this expose, it remains to be seen who pocketed Rs 13 crore accruing out of the consumption of 1.8 lakh kg of rice every month during the last two years.

In an apparent effort to wash off their hands, the Civil Supplies officials claim that they don’t have the beneficiaries’ list of 7,000 government employees. They say that the list of 192 railway staff is being sent to tahsildars for deletion.